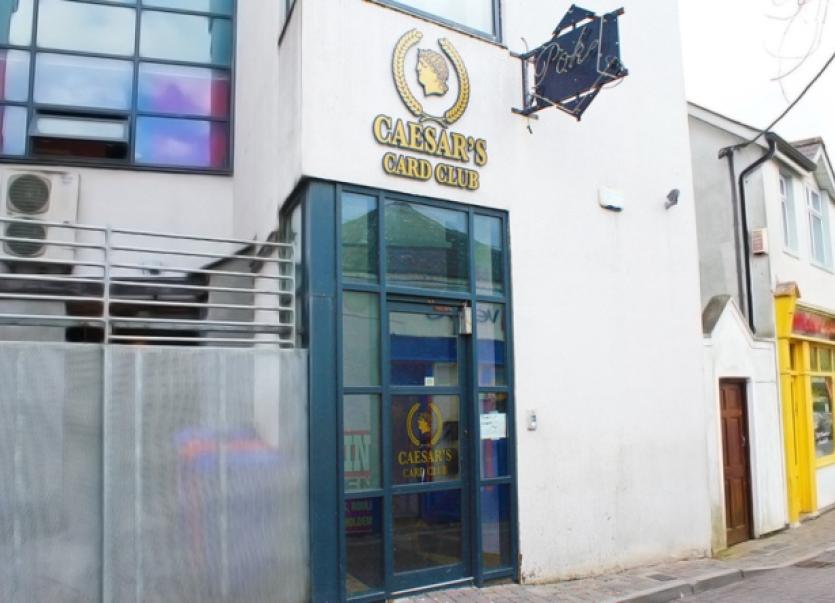 The manager of a private casino in Portlaoise is seeking planning permission to open from midnight to 7am daily, and retention of a neon sign.

The manager of a private casino in Portlaoise is seeking planning permission to open from midnight to 7am daily, and retention of a neon sign.

“What goes on there isn’t changing. People have been playing cards there for the last six to ten years. They do play into the early hours. I have asked my architect (Dan Keane) to put it right, I just want to correct any mistakes. The council never looked for rates, but as a club we should pay rates,” Mr King told the Leinster Express.

Planning was approved in 2009 for the private members gaming and leisure club to open from 12am to 2am.

However “slot machines and similar gaming machines” were prohibited.

Asked if he will seek planning for slot machines now in the club, Mr King said they were “not slot machines”.

“You can’t win more than you put in, they are like any amusement game,”he said, adding that Irish laws on gambling are “very vague”.

Mr King maintains the club is safer than betting shops or online gambling.

“In a bookies you can put down all the money you like, we are much more regulated that that,” he said.

Members are vetted, while anyone gambling themselves into difficulty is offered help.

“We give people three or six month bans, but first we talk to them, and advise them to get help. It is a thousand times safer than online gambling. that is a serious problem, anybody can do it at any age. Here you have people who know you and have your interest at heart. I am not here to make a quick pound and get out. The club is part of the community, it is an asset to the town. We sponsored boxing last week,” said Mr King, who lives in Athlone and runs several card clubs.