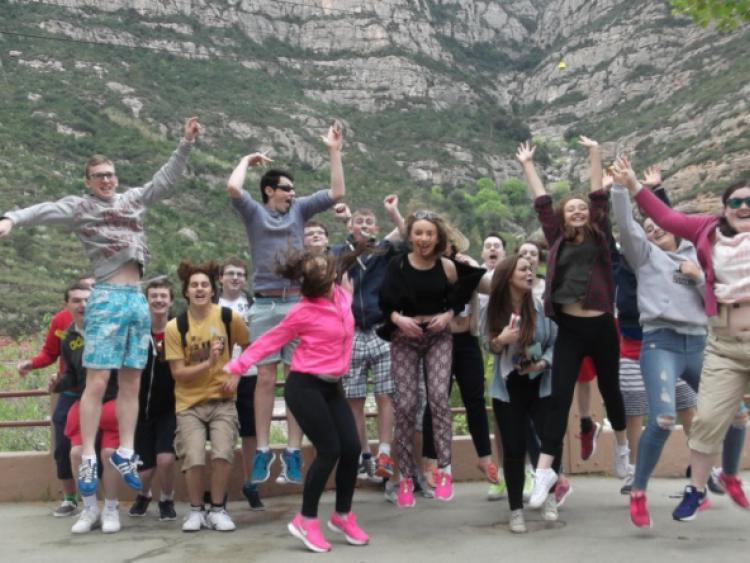 We arrived in Barcelona at around 10am after a three hour flight. We visited the Sagrada Familia, Casa Mila, Montjuic, Estadi Olimpic, and the Spanish Village. Two hours later, we arrived at our hotel in Salou, gobbled food and went to the beach, Playa de Poniente. An amazing day.

On day two we headed to Montserrat. From the top the view was breath-taking. Everyone had their cameras and phones out. The view from the cable car was exhilarating, every way you looked, nothing but beauty. The height of the monastery was menacing.

Back in Barcelona we visited the science museum. That evening we all went for a swim in the surprisingly warm sea. After dinner, we went bowling, great craic.

On day three it was Port Aventura. All 55 of us were really excited. We arrived when the gates just opened.

First, it was Dragon Kahn, a twisty, loopy rollercoaster, what a thrill. I thought I wouldn’t be able for that, but then I heard about Shambhala, the largest rollercoaster in Europe. My friends and I screamed while we went down the eighty metre drop. My stomach was in my mouth.

Back in the hotel some of us played keepy-uppies and others jumped into the pool. After dinner, we went to a magic show. What an experience. That was my favourite day.

On the last day we visited the Picasso museum. His paintings are really unusual but interesting. In the Barcelona Aquarium we went through a clear tunnel to see fish. My favourite was the shark. We finished with a bit of shopping for presents.

Barcelona was epic. Everywhere we looked, there was something spectacular. It was top notch banter.