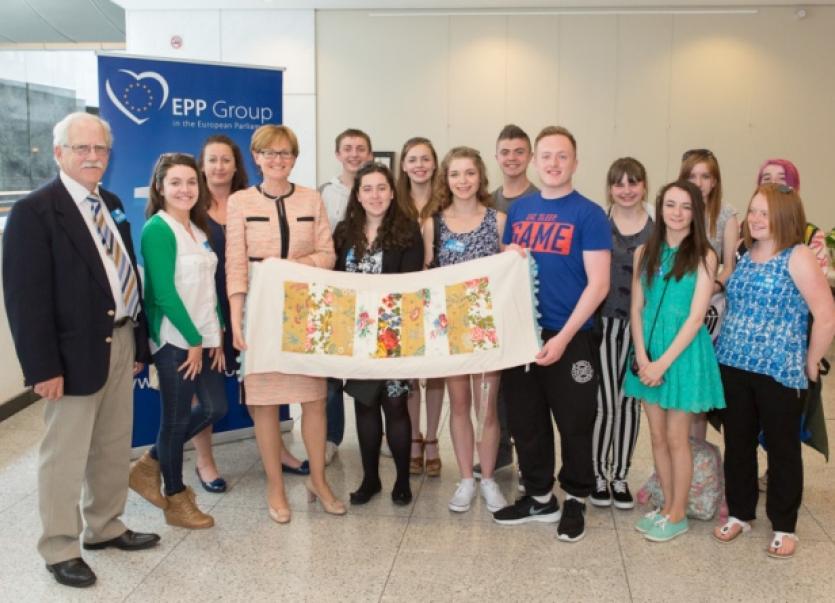 A group of teens from Mountmellick visited the seat of European political power recently, where they witnessed debates on the refugee crisis.

A group of teens from Mountmellick visited the seat of European political power recently, where they witnessed debates on the refugee crisis.

The group of eleven from Mountmellick Youth Development Centre also got a chance to tour Brussels and experience Belgian culture.

“The visits have given me a greater understanding of how the EU operates and how democracy should work,” said MYDC member Eric O’Connor, who with Leighea Flannery is also a member of Laois Comhairle na nOg, the child and youth council.

“We learned about how important Ireland’s role is in the EU,” added Emma Cousins.

The trip on June 24 and 25 was part of a year long project designed to develop leadership skills, by learning how democracy works on local, national and international levels.

The group first visited Dáil Eireann last April, on an invitation by Minister for Foreign Affairs Charles Flanagan TD, where they asked him questions about his work, and saw the Dáil in action.

Following from that, an invite came from Mairead McGuinness MEP to attend the European Parliament, where they also heard discussions on the Greek crisis.

“On their day in parliament there was a plenary session taking place and it was great to see that first hand, to see the workings behind the European Union. It has given them ideas for jobs they may not have considered before,” she said.

She thanked the politicians for their assistance, and also thanked Mountmellick craftmaker Nina Horan, who created a vintage table runner which the group presented to Ms McGuinness.