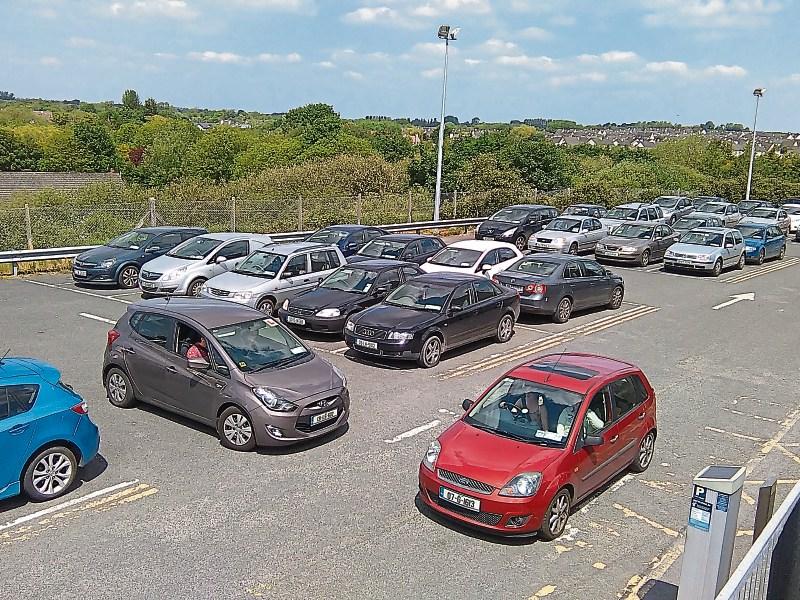 Irish Rail is seeking government money to build new carparks at Portlaoise and Ballybrophy train stations, to be run by private commercial operators.

“A feasibility study is due to be completed shortly, then a business case can be done and presented to the board. We did a lot of carparks in the boom. There are issues throughout the country,” said Noreen Clohessy, District Manager.

“We are aware of problems at Portlaoise and Ballybrophy,” she added.

She was answering complaints by Laois County councillors at the April monthly meeting. Clamping was another issue they raised.

Cllr John Joe Fennelly asked to end clamping in Portlaoise, where the carpark is too small for the hundreds of daily Dublin commuters.

“I am chairman of Portlaoise Municipal District and every month there is a motion on the carpark, please try and do something, clamping must be stopped immediately,” he said.

“I would ask you to end your policy of clamping until such time as you’re able to provide adequate parking. Some people find that the only space free is a staff space, and they get clamped. It happened to an elderly couple going to a Dublin hospital, and a young mother, and they all had to wait hours to get declamped. I don’t think you should be punishing people in a panic catching a train, these people have paid for their tickets,” said Cllr Caroline Dwane.

“It is a major problem, the train service is used so much, and 99 percent of people have to drive there. It will only increase because the major job creation is in Dublin,” he said, asking that hardcore be laid on the road verge to make temporary parking places.

“People don’t want to block the road for farmers doing their work, these are your customers,” he said.

Irish Rail’s business development manager Jim Gallavan told them that most of their carparks are run by a private company.

“We don’t manage most of our carparks, we can talk to the NCPS and see what we can do,” he said, referring to the company Nationwide Controlled Parking Systems Ltd.

On Ballybrophy, Mr Gallavan said that it had got busier because people had switched from Templemore station to save themselves a parking fee, after the motorway was built.

“There probably will be a carpark charge (at a new Ballybrophy carpark).” he said.