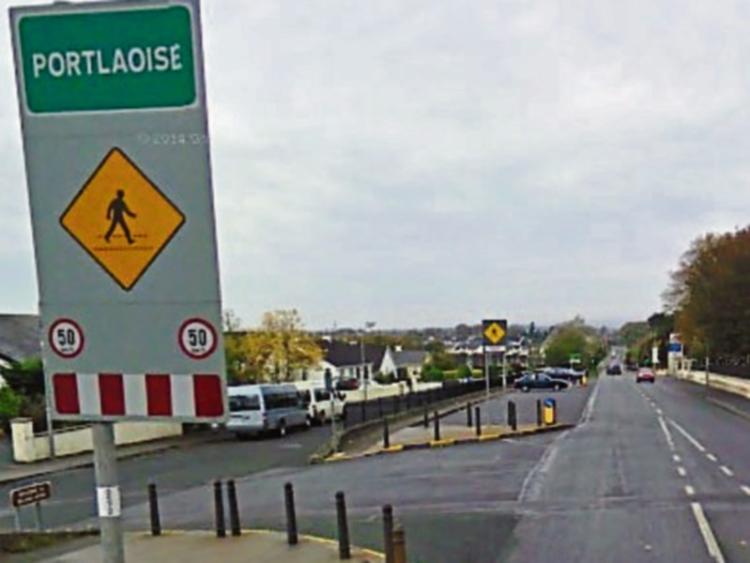 Three residential roads into Portlaoise should have higher speed limits according to the state body that regulates roads but Laois County Council does not agree.

Transport Infrastructure Ireland (TII) wants to raise the limit from 50km to 60km on the Stradbally road from the Downs estate back to Beladd estate.

The roads authority also wants traffic to speed up from Fairgreen on the Mountmellick road, in as far as the Cedar clinic medical centre, going past Rossleighan soccer pitch.

The plan is part of the national Speed Limit Review. Laois County Council is doing its own review and both plans must agree before changes can be made.

Both council management and elected councillors are set against letting the TII increase speed into Portlaoise.

Director of Services over roads is Kieran Kehoe, who is also the Portlaoise Town Manager.

“I personally do not agree. I have never gone against another body like that, the TII is technically right, but I can’t support it. That’s my opinion, the public can give their opinion. If there is a contradiction (between the council and the TII) it remains as is. That’s where we will be going on this,” he said.

Cllr Caroline Dwane was most concerned about Fairgreen and Summerhill.

“It is very obvious they are not familiar with the lie of the land,” she said, checking that if the council disagrees, the changes cannot happen.

“It’s like a double lock and key. The TII and elected members both have to agree. I would encourage residents of both areas to put in submissions,” he said.

“It’s crazy to increase speed at the soccer pitch. People park on the path with their kids because so many are using it,” said Cllr Catherine Fitzgerald.

Cllr Willie Aird said they have put in countless motions looking for decreased speed at “blackspots”.

“It is very disappointing that they are asking to increase speed. Around the town it is 50km, how do we even justify that, the roads are so narrow. Traffic around people shouldn’t travel more than 30km. An awful lot of people walk and there is an increase of people on bicycles,” he said.

Cllr Jerry Lodge said drivers are speeding and not “showing due care”.

“The government are great at getting across the message on drink driving, but speed is a bigger danger. You can lower the limits but people will go at the speed they want. We need more speed traps,” he said.

The TII also wanted to increase the speed limit on the Abbeyleix road into Portlaoise from 50km/h to 60km/h, from near the Midway to the Clonminam roundabout.

However it has since conducted a speed test on that road and agreed to leave the limit as is.

The Speed Limit Review is to go on public view in July for 30 days, and on www.speedlimits.ie. A report including those submissions will go to the TII for consideration, and eventually back to Laois County Council’s elected members for further consideration and eventual adoption.