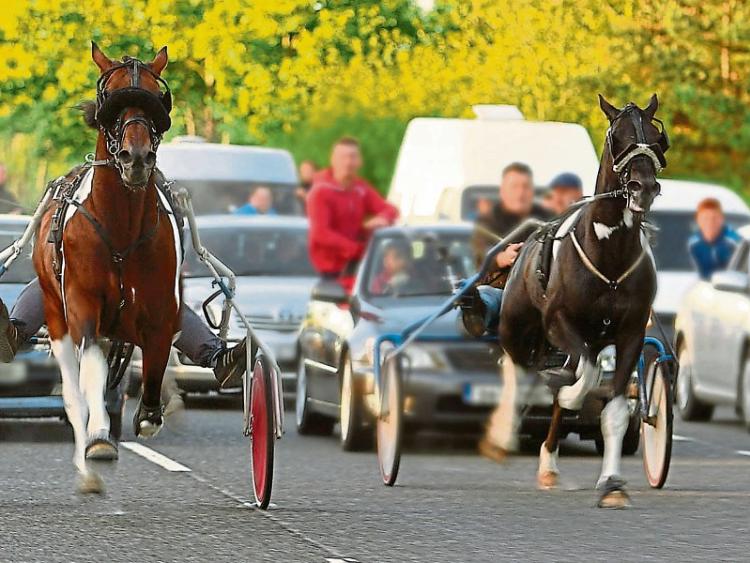 Sulky racing on a new section of road in Graiguecullen is causing some owners to consider selling up and getting out, according to a Laois county councillor.

Cllr Ben Brennan made the claim at the July 31 monthly meeting of Laois County Council.

“The new bypass road is the same as Mondello, with sulkies. It’s absolutely crazy. An old man who drives in and out for years had his car struck,” Cllr Brennan said.

“That car is all he has. When he got out to look at the damage, they were gone,” he said.

“Locals are starting to sell out because of what’s going on,” he said.

He described the problem to the Leinster Express afterwards.

“This has been a problem for years in the area.

“One woman rang me to complain about the sulkies and said she was thinking of selling, she feels it is dangerous on the road,” Cllr Brennan said.

He said he has not however contacted the Gardaí about the problem, and that he has received no complaints from any residents in Fruithill Manor estate, where the council has recently been allocated 19 homes for Laois people on its housing waiting list.

“People in Fruithill are not complaining, I have not seen any sulkies in Fruithill,” Cllr Brennan said.

The new 760m road is an extension of the Carlow Northern Relief Road, built by Laois County Council to ease traffic jams in Graiguecullen, opened in 2016.