PENALTY POINTS: Men well ahead of women in Laois chart - 11,800 offences in Laois

Speeding and mobile phone use top the penalty point chart 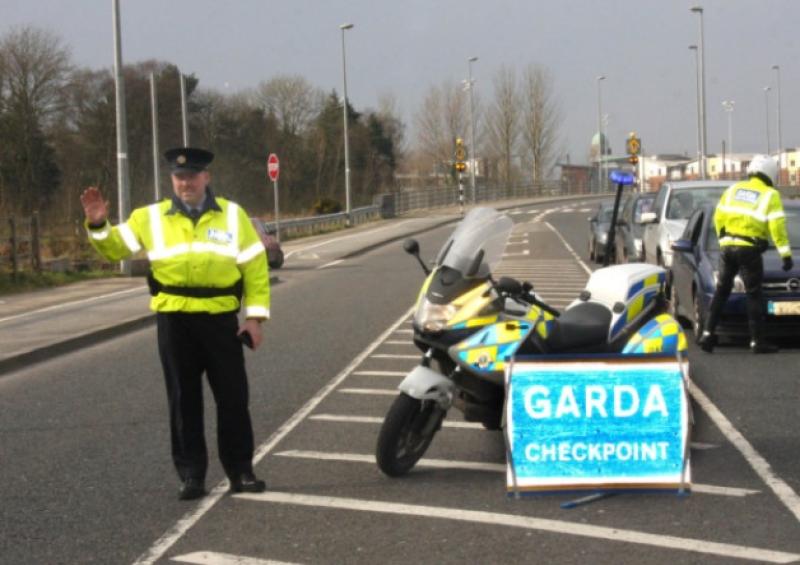 Gardai on duty at traffic checkpoint.

Central Statistics Office Transport Ombnibus 2016 figures reveal that 11,794 offence in Laois in 2016 up 3% on the previous year.

As for endorsements, 3,361 were issued to Laois drivers - 2,112 to men, 1,249 to women. Speeding was the main reason for penalty point endorsements followed by mobile phone use.

See below penalty point details in charts for Laois other counties and nationally: 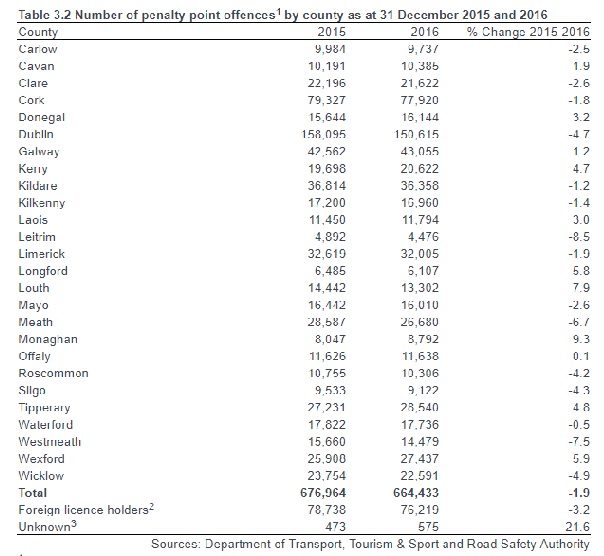 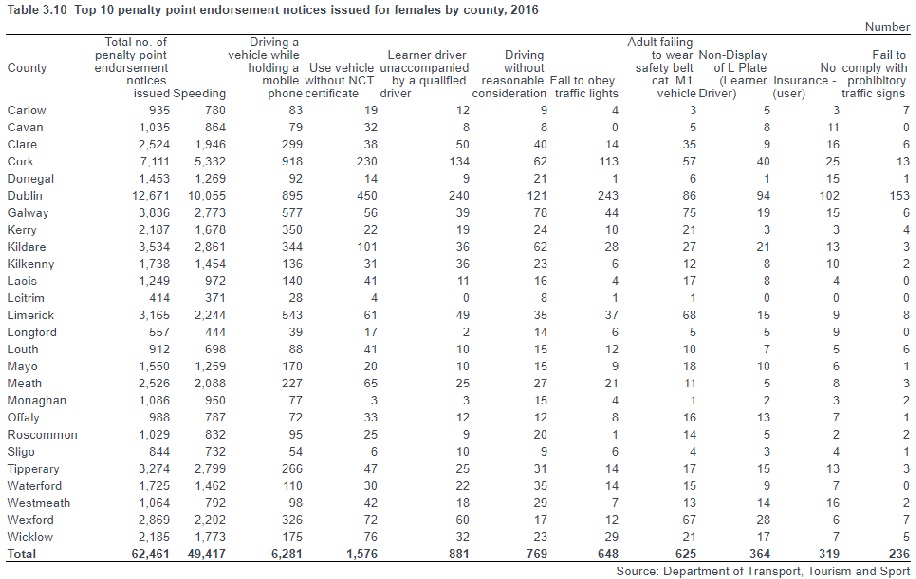 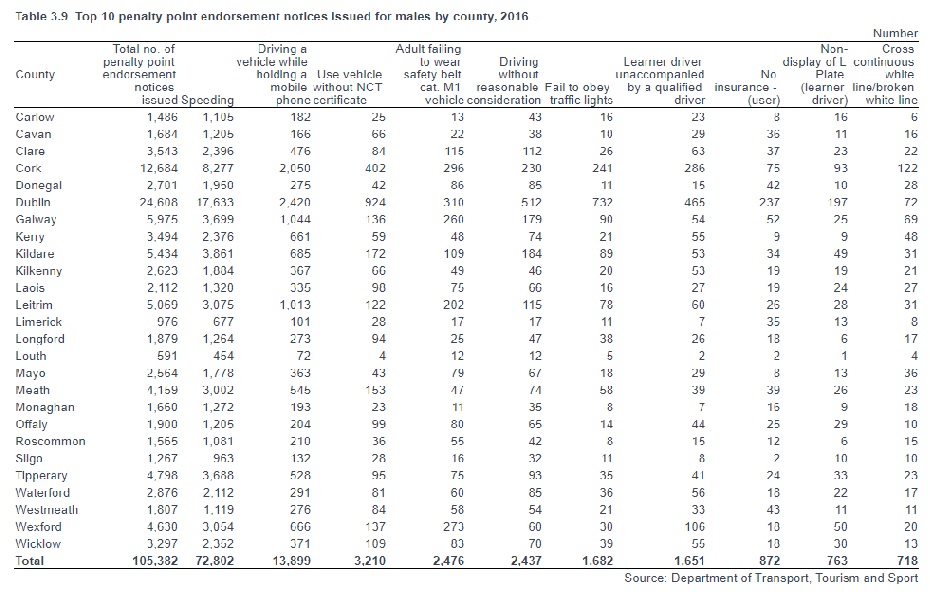 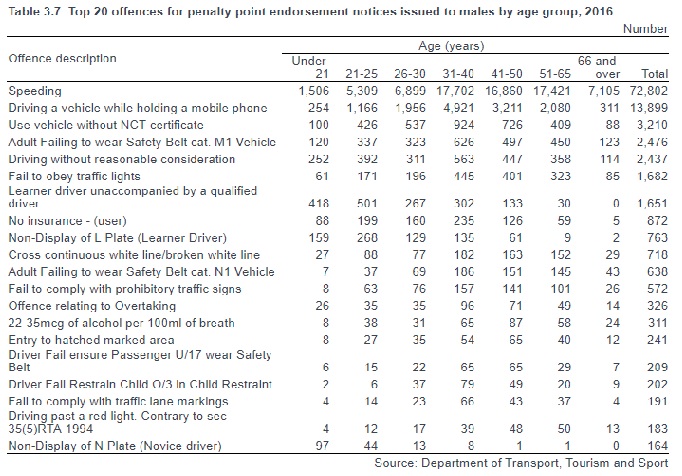 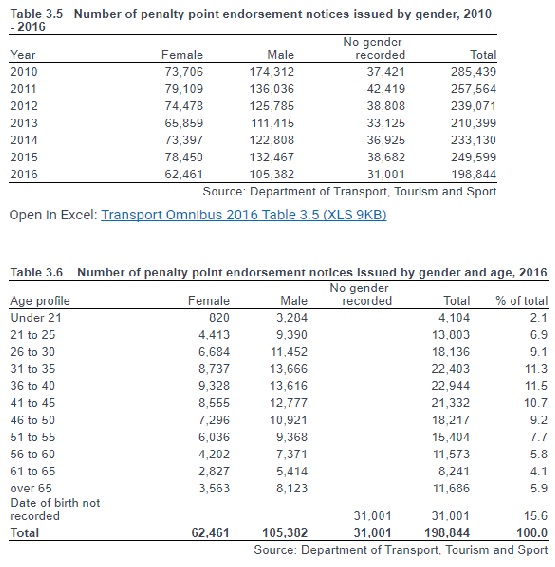 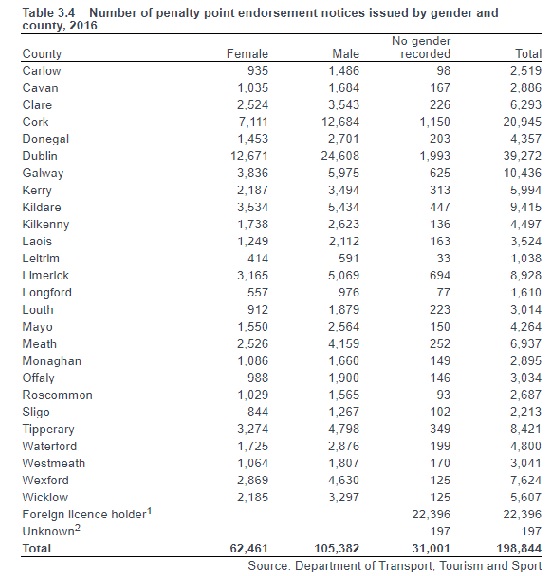 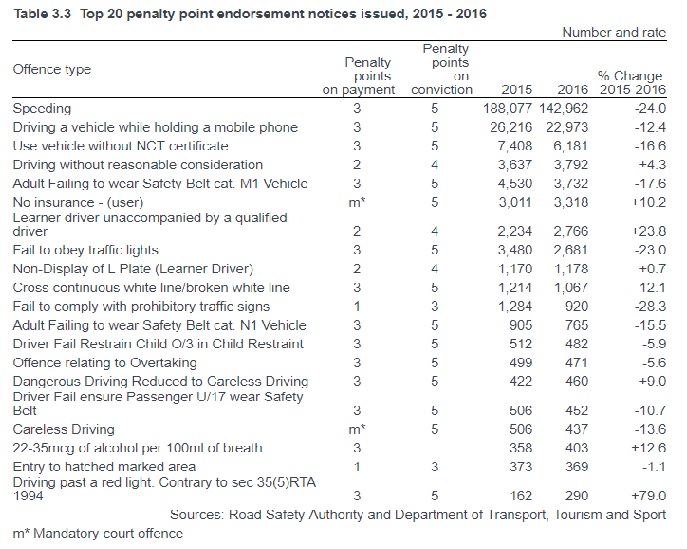