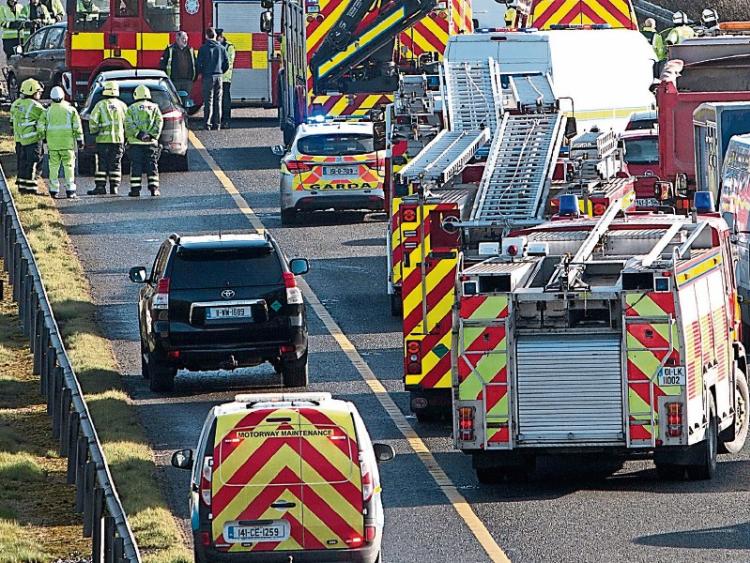 Breaking: Part of M7 motorway closed due to fire

Part of the Dublin Limerick M7 motorway southbound was closed at Junction 18 Portlaoise West as emergency services dealt with a serious incident involving a fire on Thursday afternoon around 4:00pm.

One lane is open on the M7 southbound while emergency services deal with the fire and traffic is quite slow along that stretch.

Motorists are being advised to drive carefully in the area as smoke may affect visibility.

Transport Infrastructure Ireland Traffic has reported that a vehicle is on fire.

Motorists should exit the motorway at J17 Portlaoise Centre, divert through Abbeyleix and rejoin at J19 The M8.

#LAOIS M7 southbound down to one lane. More here: https://t.co/ipFDM8svNY

Motorist Mikie O'Loughlin has reported chaos at the toll in Portlaoise.

Chaos at the Portlaoise toll, only 2/6 lanes open and no explanation. Has everyone gone home? @aaroadwatch pic.twitter.com/KPCcoBfU7P