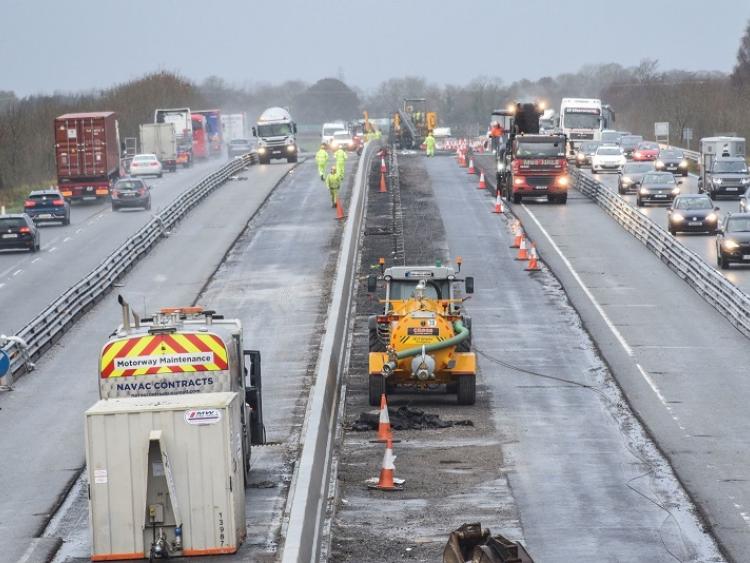 Dublin bound commuters and other road users from Laois, Kildare, Tipperary, Cork and other counties can finally see the light at the end of the M7 motorway works.

From Monday morning, June 17, the first stretch of three lanes opened to traffic on the M7/N7 eastbound carriageway from Junction 10 (Naas South) through to Junction 8 (Johnstown).

Next Monday, June 24 it is anticipated that three lanes will be available westbound from Junction 8 (Johnstown), to Junction 10 (Naas South).

However, motorists are advised that the reduced temporary speed limit of 60kph will remain in place while works are ongoing at locations on the verge or hard shoulder area.

"Go Safe” vans continue to enforce speed limits through the Works on the M7 Motorway, with over 6,000 prosecutions to date.

The temporary speed limit will be increased on both the eastbound and westbound carriageways to 80kph between Junction 8 (Johnstown), to Junction 10 (Naas South).

Lane restrictions and the 60kph temporary speed limit will remain in place in both directions between Junction 10 (Naas South) and Junction 11 (M7/M9 merge) until further notice.

The target month for completion of the project is July.

The M7 carries approximately 70,000 vehicles per day and is the main network connection to M9/Waterford, M8/Cork and M7/Limerick.

1. Widening the existing M7 motorway from two lanes to three lanes both eastbound and westbound for approximately 14km, between Junction 9 Naas North, at Maudlins (Perpetual Motion Ball) and the M7/M9 interchange at Junction 11.

2. Replacing and relocating the existing ramps at Junction 10 Naas South Newhall to the main Naas Newbridge dual carriageway, the R445. Also to include the construction of a new interchange at Osberstown between Junctions 9 and 10 which will be designated Junction 9A.