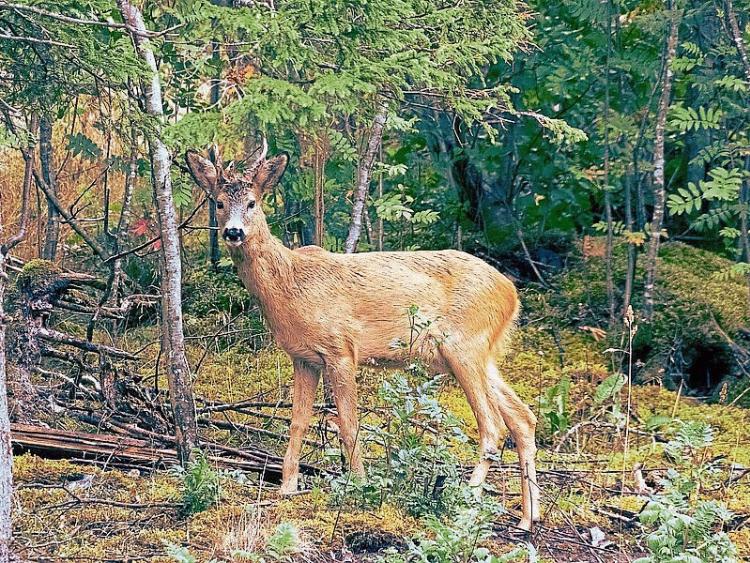 The speed and amount of traffic through a Laois village as well as deer straying onto the road near the luxurious Ballyfin House hotel are causing concern to the local community alert group.

He said traffic is speeding between the school and GAA club,

“Traffic is passing at high speed. Being a country school most children are driven there. Parents often drop them at the GAA grounds where there is space and they walk up to the school but there is a danger point with the high speed traffic, all it takes is for a child to slip off the path,” he said.

Mr Coughlan said that the council has agreed to move flashing speed limit signs back to before the GAA grounds.

Deer straying onto the road at Ballyfin Demesne are also a problem.

“One or two cars had bad accidents, one was very badly damaged and the drivers were shook up. There have been a couple of near accidents. There are no signs to warn drivers and deer especially on dark nights just blend in, then they get excited and don't know to go forward or back,” he said.

They want the council to erect signs.

The issues were raised at a public meeting by the group, which got a big attendance including Cllrs Paddy Bracken, James Kelly, Seamus McDonald and Willie Aird.

The upgrade of the council owned Ballyfin cemetery was also discussed.

It will get new railings, a gate and 64 new grave plots as part of a countywide refurb of cemeteries. Cllrs Bracken Kelly and McDonald will give money from their discretionary funds to pay for three lights around it. Extra Ballyfin roads are to be salted this winter also.

“We appreciate that the councillors came. It's not that Ballyfin is being favoured, we waited for some of this work for a long time,” said Mr Coughlan.