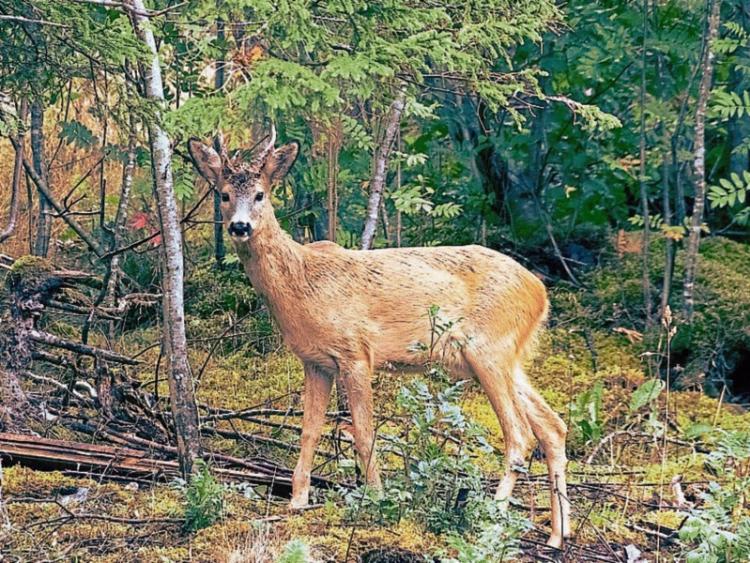 The risks to motorists caused by livestock and wild animals has caused a Laois county councillor to call for a cull on deer to be considered.

Speaking during a meeting in Portlaoise where councillors asked officials for various road signs warning motorists about animals, Cllr Ollie Clooney called for more direct action. He was recently involved in a costly collision.

"It cost me €4,800 since I was at the last (council district) meeting. I think they need to be culled," said the Independent councillor.

He spoke during a motion tabled by Cllr Paddy Bracken at the Borris-in-Ossory Mountmellick Municipal District meeting who called for a crossing in Ballyfin village.

Cllr Bracken said he attended a meeting in the village recently where residents called for such signs. He said it was a huge issue for the community.

The engineer also committed to horse warning signs to be installed on a road in Shanderry, Coolrain in response to a motion from Cllr James Kelly.

Cllr Kelly described the area as the 'Curragh of Laois' and said the 2018 Irish Grand National Winner Our Duke was bred nearby the Cooper family.

During a discussion on that motion, Cllr Conor Bergin called for cattle crossing signs in the Ballaghmore area of Laois. He said farmers are moving cattle as early as 4am because they are worried about meeting school traffic on roads if the leave it later.