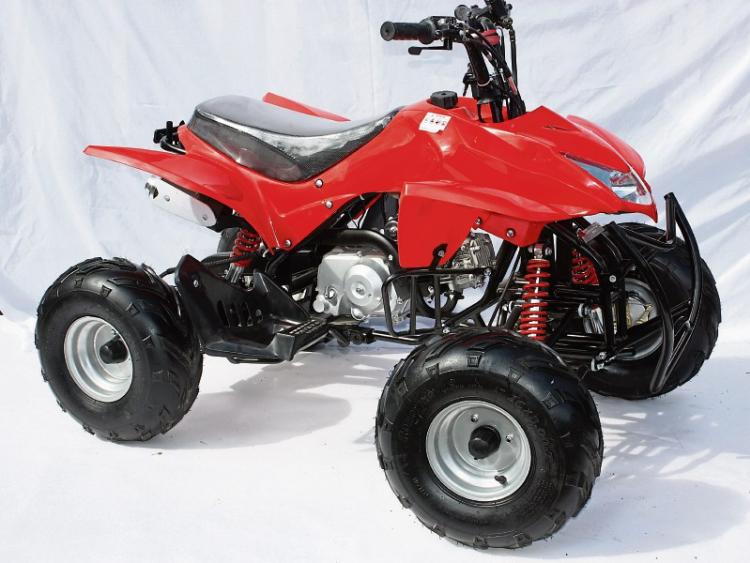 Three of the six people who died in Ireland as a result of an incident involving a quad bike or scrambler were aged 18 or under, in the period 2014 to 2019, according to provisional statistics published today by the Road Safety Authority (RSA).

The RSA and An Garda Síochána have launched a new public awareness campaign to highlight the dangers quad bikes and scramblers pose to children and to urge parents not to gift them this Christmas.

Minister of State at the Department of Transport, Hildegarde Naughton, said: “The misuse of scramblers and quad-bikes is a public safety issue across Ireland. We see in newspaper headlines regularly, the devastating impact this can have on families and the wider community. The repercussions of anti-social behaviour arising from the use of these vehicles can be very serious resulting in injuries and fatalities. They are being used around housing estates, local parks and on the public road, usually with the riders wearing no protective clothing whatsoever, endangering their own lives and the lives of others. That is why my Department is working with the Department of Justice, An Garda Síochána and the RSA to address this issue.”

Ms. Liz O’Donnell, RSA Chairperson, said: “Every Christmas, quad bikes and scramblers are given as presents, sometimes to very young children, so it’s important people are informed of the risks. These machines are not toys. They are intended to be driven by people in a supervised and controlled environment.

"Many people enjoy off-road biking as a fun activity, on designated tracks and trails, ensuring they are riding in a safe and appropriate environment. However, in the hands of inexperienced and often unsupervised children in public places, they are a serious danger. If you’re planning to gift a quad bike or scrambler this Christmas, please reconsider. If it’s the thought that counts, please think again.”

“Quad bikes and scramblers are not toys, they are heavy, dangerous pieces of machinery that can cause life changing injuries or death. Riders risk spinal injury following a collision on a quad bike or scrambler. This could result in paralysis, which can mean being unable to walk or perhaps use your hands to feed yourself and loss of bowel or bladder control. Sometimes, even the inability to breath without the aid of a machine.”

Mr Synnott added that: “Impacts often happen on areas of uneven ground or as a result of unstable vehicles, especially in the hands of children, leading to people falling and landing awkwardly or the vehicle landing on the rider. The dangers these machines pose means that they are not suitable gifts for children.”

"These are powerful machines, which have the potential to severely or even fatally injure someone. That is why they not suitable to be used by children or inexperienced riders. Parents considering buying quadbikes or scramblers for their children this Christmas, need to be aware that when used on a public road they are subject to the same rules as other mechanically propelled vehicles. They are required to be registered, taxed and in good road-worthy condition. The driver of the vehicle must hold the appropriate driving licence and be insured to drive the vehicle.

"Members of An Garda Síochána do not want to be delivering devastating news to another family this Christmas so our message is clear; children and young teenagers should not be driving these vehicles in public, or without the necessary licence, insurance, safety equipment and supervision."

An Garda Síochána also wish to highlight that it is an offence for these vehicles to be used in public places such as parks and public areas. This illegal and anti-social use of scramblers and quads causes fear and intimidation in our communities. Gardaí will have a visible and will be enforcing the Public Order Act and the Road Traffic Act,” he said.