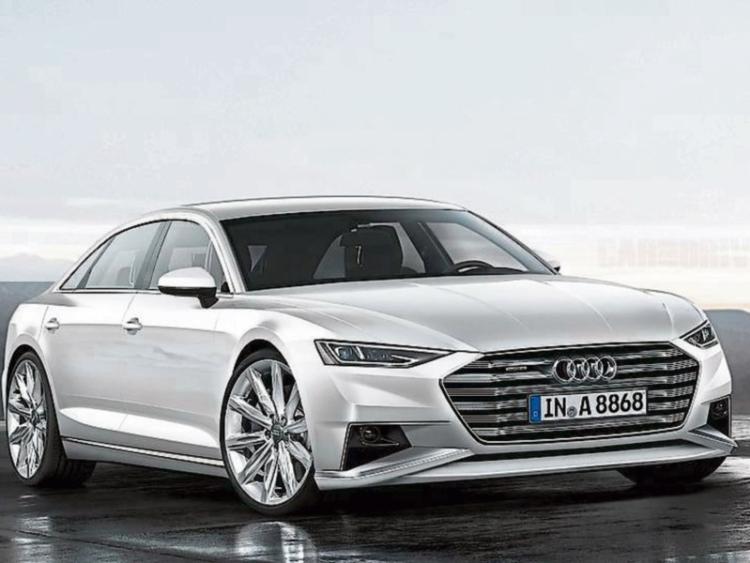 Listening to music is set to become a unique sensory experience in the new Audi A8, which is scheduled to launch in Ireland in early 2018.

The car’s interior is transformed into an acoustic environment comparable to a Broadway stage.

Sound unfolds in an authentic and emotive way, delivering an immersive experience similar to listening to a live performance.

THE EVOLUTION OF 3D SOUND

The new Audi A8 will incorporate this evolutionary version of 3D sound, first introduced by the premium carmaker in the Audi Q7 in 2015, which will now transmit sound via the rear compartment of the car.

Two full-range loudspeakers in the A-pillars combined with two in the headlining above the rear seats create a spatial dimension of height and develop the surround sound into the perfect stereophonic experience.

The 1,920-watt amplifier by Bang & Olufsen, which operates highly efficiently thanks to ICEpower technology, generates 3D sound with its digital signal processor.

It produces minimal heat-waste and therefore abundant audio output. Above all, it amplifies the signal of the woofers, which in turn reproduces high energy sound.

Using the MMI system, as well as a separate operating unit for the rear passengers that resembles a smartphone, the sound setting can be optimised as preferred, with a specific focus on the front or rear seats, or a combination of both.

The rear-focused setting enables the rear passengers to enjoy the best possible quality of 3D and surround sound.

As well as treble and bass, the occupants can also adjust the subwoofer volume independently of all other loudspeakers.

There is also a special function for film sound tracks, known as, “Movie Set”.

The 5.1 sound track replicates the same movie sound quality experienced in front of a cinema screen.

The system localises every voice individually and adjusts the balance accordingly.

For instance, if a character appears to the right of the picture, their voice is panned to the right.

High-end sound is an Audi core competence, borne of its collaboration with Bang & Olufsen at the turn of the millennium.

In the new Audi A8, Bang & Olufsen now supplies both the Advanced and the Premium Sound System. Mario Fresner, Head of Sound Development at AUDI AG commented: “We seek out the best partner for every project.

While Bang & Olufsen performs basic tuning of the system at its premises, the Fraunhofer Institute also plays a decisive role in this process.

Together, we independently conduct in-depth development work on the system and its components here in Ingolstadt.

The 3D coordination work then takes place in Erlangen.

Everyone involved has the same ambitious aim: to offer our customers the best possible sound system – one that is technologically sophisticated to the highest degree and capable of conveying the emotion in the music.”