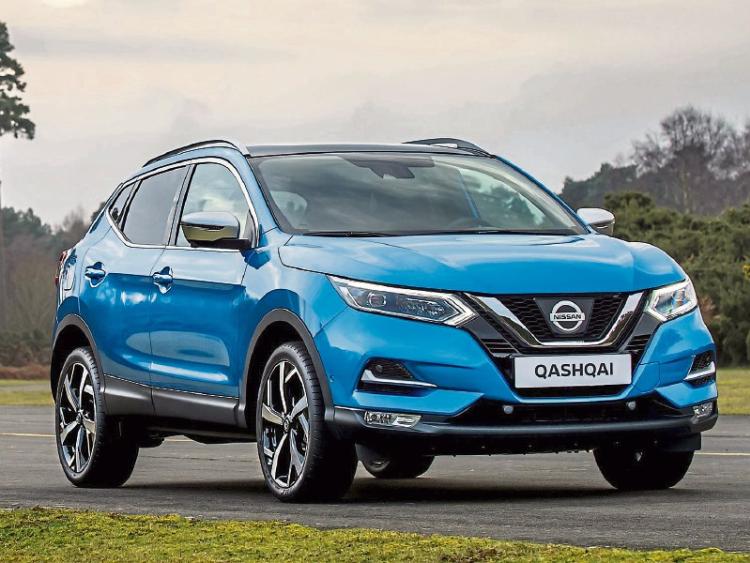 The original Qashqai was launched in 2006 and it became a global success. Following the success of a car like the current Qashqai one can understand Nissan’s reluctance to interfere too much with what is obviously a winning formula.

However not to advance in the automotive world, is to stand still and subsequently be left behind by your competitors.

The growth of the SUV segment is unparalleled, with sales booming across Europe and here at home in Ireland. Motorists like the higher driving position, and that feeling of security you get in an SUV.

After all they often offer little more space than an equivalent sized hatchback, but that has not deterred buyers.

So is this a new Qashqai? Well yes and no!

Cosmetically not much has changed. There is a new front grille not unlike that on the new Micra and some other minor tweaks.

Inside there is a general though hard to spot overall improvement in some of the materials used in the cabin and a new Infotainment screen. Thats as much as you can see really.

However the “under the skin” upgrades are more interesting.

There is now a new and advanced autonomous braking system, with pedestrian detection and the car is also available with 8 different safety systems with multiple cameras and sensors to aid the driver.

Connectivity is the buzz word here also with Nissan Connect Apps which offer easy access to your social media as well as travel and navigation services, all of which can be controlled with voice recognition.

The latest range of engines are more efficient than ever. Every engine uses a turbocharger to reduce capacity, emissions and fuel consumption while maintaining excellent performance with class-leading CO2 emissions from only 99g/km.

While front-wheel-drive variants will account for the majority of sales in most markets, four-wheel-drive ALL-MODE 4x4-i versions is also be available to match a choice of six-speed manual or an Xtronic auto transmissions.

The 1.5 dci engine is very good indeed. Mated to a 6-speed manual gearbox and with bags of mid-range torque performance should be very good.

Overall then the “new” Nissan Qashqai builds on the strengths of its predecessor.

Lets face it the Qashqai did not need too much tweaking to improve what is already an award winning formula.

Now however its bang up to date with rivals in the Connectivity and tech department.

I will bring you a full road test in September