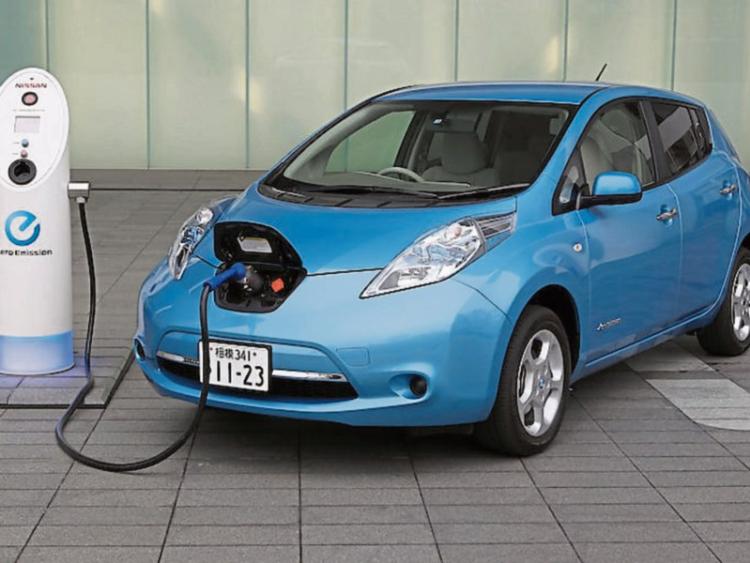 This week's review is more of a story than an outright road test. Its the story about the practicalities of living with a pure electric car in Ireland today with the charging infrastructure exactly as it stands now.

Most people now know that Hybrid cars (combination of an electric motor and petrol engine) are a possible way forward in the drive to reduce emissions.

Certainly in cities they do make sense. However what about the pure electric car?

The Nissan Leaf was one of the first pure electric cars on the Irish market when it was launched here back in 2011.

Now 6 years later and just before the all-new Leaf comes to Ireland next year it seems like a good time to ask, can you really live with a pure electric car such as the Nissan Leaf or indeed any of its rivals such as the BMW i3, Hyundai Ioniq, Renault Zoe, VW e-Golf or Tesla Model S.

The biggest question hanging over the pure electric car is range.

Indeed two new words have become part of the electric car lingo now and they are “range anxiety”.

The Nissan Leaf for example indicated a range of about 200km when I collected it fully charged from Nissan Ireland in Dublin.

Yet having driven as far as Kildare Village on the N7, a distance of 49Km, the range was down to an indicated 121km.

There are two charge points at The Village so good news there.

A full charge from my domestic electricity supply however only gave it an indicated range of 160 km or so.

In reality though I found the real useable range of the Leaf to be closer to 150 km and that could even be reduced further by use of lights, air-conditioning, heater, etc.

I found myself really having to start to plan how and where I would drive.

Another day my wife and I left our home in Co Kildare, drove to the outskirts of Dublin, visited a variety of places locally there and returned but by then the range as I entered my house was down to 39km.

I was going no where else that day!

The re charge time to 100% from my domestic out let showed 13.5 hours at 3KW per hour. So an overnight re charge was necessary after just that little trip.

I did not enjoy having to plan each trip, google where charge points are available (though the car sat nav will guide you perfectly to one) and think about range all the time.

My tipping point was when I had to plan a trip to Dublin Airport.

From our home in Co Kildare to the airport is 69 km. So basically I thought I can get there but unless I can charge it up upon arrival its mighty tight to get home again.

I rang the airport and confirmed they had 4 charge points in the terminal car park, but what if they are occupied when I get there?

Someone mentioned leave early and top it up at the Topaz at the airport, but now I would have to sit around for at least 2 hours to get a decent fast charge top up before my flight.

End result? I took a good old petrol car and headed off a much less stressed traveller!

So whats the end result of my time with the Nissan Leaf? Well here are a few frequently asked questions answered.

As an electric car it works but know the real range is about 150km and thats it!

The leaf is styled well and built to a very high standard with plenty of standard kit. The new one is even better and boasts a better range, but lets see.

The guaranteed future value of that Leaf based on a 36 month lease is €6,762.

Servicing intervals are every 12 months or 30,000km, but the cost of service is less as there are no parts to replace such as oil and filters.

Eighty per cent of Leaf owners change overnight at home at a cost of about €4.00 for a full charge, yes just Four euro!

The ESB will fit a charge point to your house free of charge when you buy a new Leaf.

The batteries are covered by an 5 or 8 year warranty depending on whether its the 24KW or 30KW battery.

In Ireland there are now some 1,200 public charge points available.

As a car I liked the Leaf, but Ireland still has quite a way to go before the infrastructure is there to make pure electric car motoring a reality for the masses.