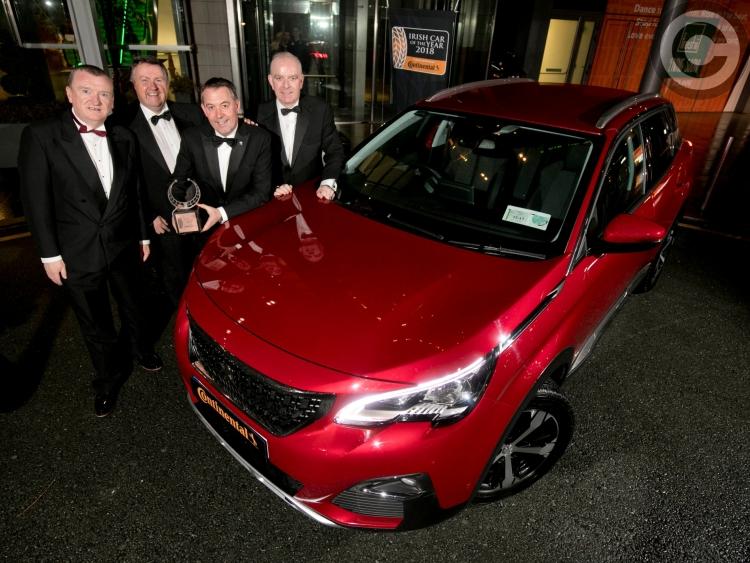 Peugeot took the top award at the Irish Car of the Year Awards.

Motoring journalists from print, online and broadcasting hosted a gala black tie event attended by Ireland’s leading car brands, importers, distributors and other motoring dignitaries. It was held in association with Continental Tyres at the Gibson Hotel, Dublin

Peugeot took the top award with its 3008 model which was also named as Irish Compact Crossover of the Year category winner.

ICOTY Committee member Michael Sheridan said: “What an achievement for the Peugeot 3008 to come out on top from a field of some 60 new models launched this year on the Irish market.”

ICOTY Committee member David Walshe said: “It was a very tight competition this year with many, many fine vehicles in the running for the Irish Car of the Year accolade, congratulations to a worthy winner.”

Apart from the Innovation category award winner, the nine other category winners were all in the running for the top honour with the judging panel of some 30 journalists electing the Peugeot 3008 by a very tight margin.

The Irish Car of the Year committee.