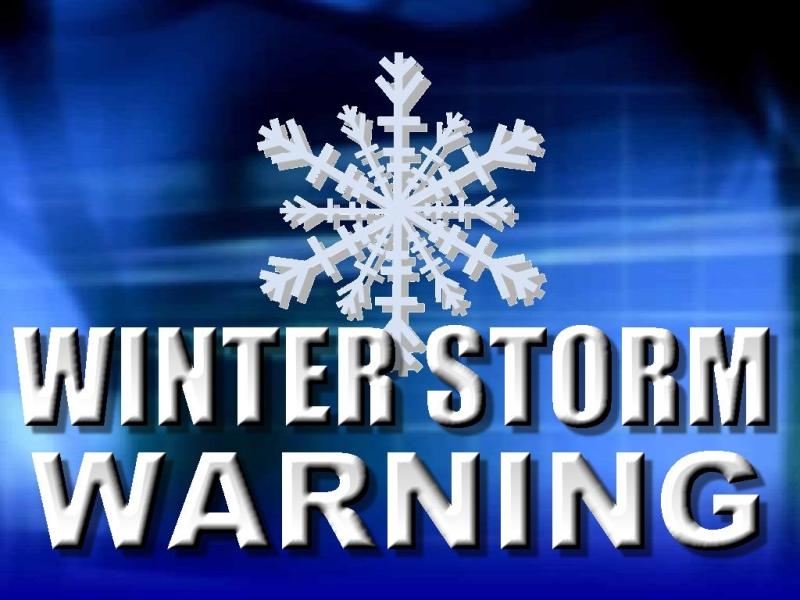 Ireland is facing a week of cold weather in the wake of a snow storm which has led to a Status Orange Weather Warning .

The weather warning came into effect at 11pm on Saturday night and remains in place until 11pm on Sunday. However, Met Éireann is also warning that temperatures could plunge to minus 8 degrees on Sunday night with the cold spell lasting though to next weekend.

The forecaster is warning of 'significant falls of snow' on Saturday night and into Sunday. Accumulations of 4 to 8 cm could occur quite widely with even greater totals possible in some areas.

There could also be drifting snow in some areas with brisk winds.

Met Éireann is warning of slippery paths and treacherous roads due to snow accumulation and ice. Temperatures tonight could drop as low as -5 degrees.

It will be mainly dry today but temperatures will still be between just 1 and 4 degrees.

The orange snow-ice warning covers for much of Connacht, Leinster, parts of Ulster and Munster, Laois and surrounding counties are in the path of the worst snow.

DRIVING IN SNOW AND ICE

Sunday, will see further heavy rain and snow falls. Temperatures in the afternoon will struggle to rise above freezing in the north and will linger between 1 and 4 degrees for much of the country. Munster and the south coast will be between 7 and 9 degrees and higher along the south and southwest coasts. Winds will be strong east to northeast in the northern half of the country and strong westerly in the south, with the east to northeast winds becoming widespread in the evening. The rain and snow will peter out during the second half of the day, with the risk of snow extending in to Munster in the evening.

On Sunday night temperatures will fall to as low as minus 8 degrees, and possibly lower still, as skies clear over lying snow. The lowest temperatures will be in the north midlands. Further to the south, temperatures over Munster will be more typically between minus 2 and minus 3 degrees. The widespread, severe frost will bring treacherous driving conditions to the whole country with all areas at risk. Sleet and snow will continue for a time, but will gradually die away as the night goes on. Winds will be mostly moderate westerly.

Monday will be dry for most parts of the country with sunshine. Showers will affect the west and north coasts, and there's a risk of isolated showers along eastern coasts for a time also. Showers will continue to have a wintry element with temperatures in the afternoon not expected to rise above plus 3 to 6 degrees. Temperatures on Monday night once again down to as low as minus 4 degrees but it will be a mostly dry and clear night. There will be moderate to fresh northerly winds.

The rain will continue for a time on Wednesday morning, clearing later to wintry showers in the afternoon. A moderate to fresh southwest to west wind will become established and it will become cold again later on Wednesday.

The further outlook to next weekend is for continued cold weather with wintry showers on coasts.