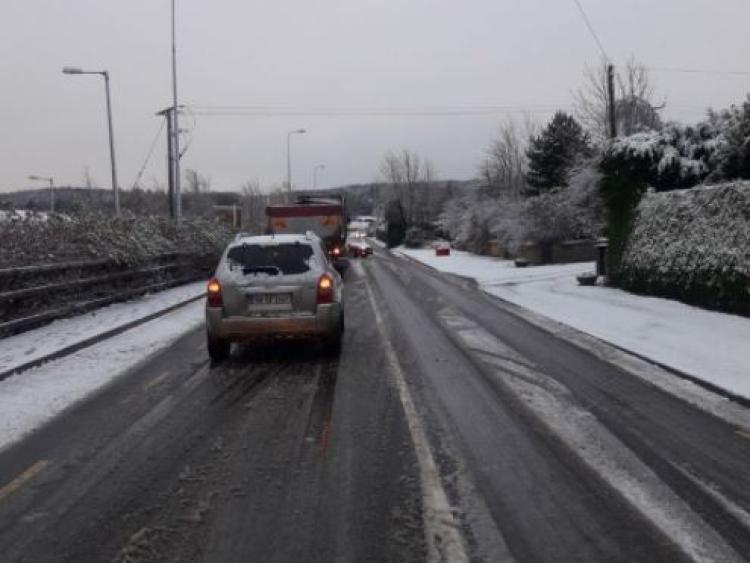 Picture looking out over the snowy Windy Gap outside Stradbally taken by George Barcoe on Google Maps.

A car went off the road during heavy snowfall at The Windy Gap in Stradbally on Wednesday afternoon.

Eyewitnesses reported that one car went off the road as road surface conditions worsened during heavy snowfall.

It is understood that two other cars hit into each other as a result of the first car going off the road.

AA Roadwatch reported that there is a broken down truck on the N80 Stradbally/Carlow Rd at The Windy Gap.

Traffic can get by with care but there are heavy delays in both directions. Gardai are warning of ice and snow on this route and extreme are is recommended.

Gardai in Laois are warning of snow and ice on roads in Portlaoise, Mountmellick and on the N80 Stradbally/Carlow Rd. Slow down and take care.

#LAOIS Gardai warning of snow and ice on roads in Portlaoise, Mountmellick and on N80 Stradbally/Carlow Rd. Slow down and take care. https://TheAAie/Newsroom

Reports of trucks stuck on hill outside Stradbally on Carlow Side! pic.twitter.com/NiAck2lD4R