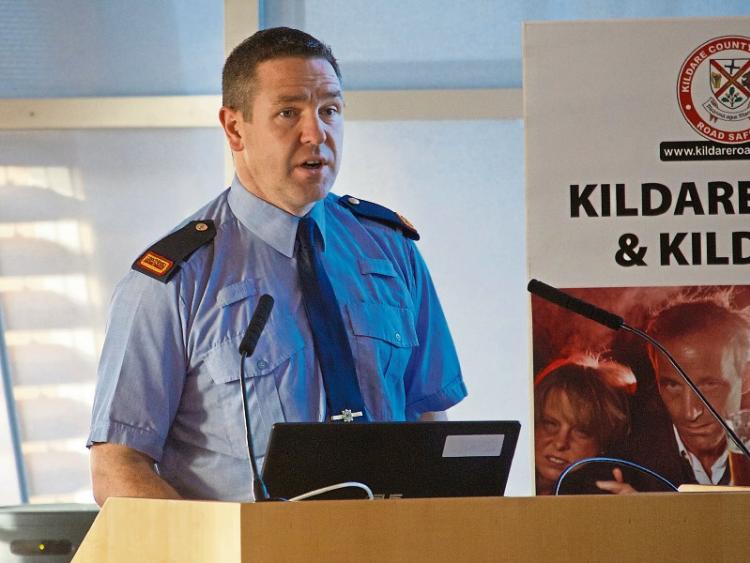 A Garda Inspector has warned motorists to obey the newly-introduced 60kph speed limits on the M7 Dublin Cork Limerick motorway, which will be in effect for the two years of upgrade works on the motorway.

Inspector Oliver J Henry, based in Naas, issued the appeal.

“It is essential that the motoring public adhere to the speed limits in the interests of their own safety and that of workers on the site,” he said.

Works started on January 6 on the median between Junction 8 (on the N7 at Johnstown) and Junction 10 (Naas North). A 60km/h speed limit has been put in place in that area, which the gardai are monitoring.

“This speed limit is being enforced and Naas Traffic Unit yesterday stopped a driver doing 141kph in the 60kph limit in the works zone,” according to Insp Henry.

“Driving at such an excessive speed could bring a prosecution for Dangerous Driving which would result in an automatic disqualification from driving if convicted.”

Works on the M7 mainline, between Junction 8 and Junction 10 will commence in the median on January 6. To accommodate these Works, the following traffic restrictions were put in place.

• Speed restricted to 60kph thru the Work Site, which will be monitored by An Garda Siochana.
• 2 lanes of traffic will be maintained in both directions during daytime hours.
• Traffic will be moved onto the existing Hard shoulder and the current Lane 1. Please see typical cross section diagram below.
• Traffic lane widths will be restricted to 3m and 3.25m in width.
• There will be no lay-bys or areas within the Work zones for stopping.

During the period of the works, two lanes of traffic will be maintained in both directions during daytime hours. There will be no lay-bys or areas within the Work zones for stopping.

Updates on the traffic management arrangements during the works are available at www.m7upgrade.com