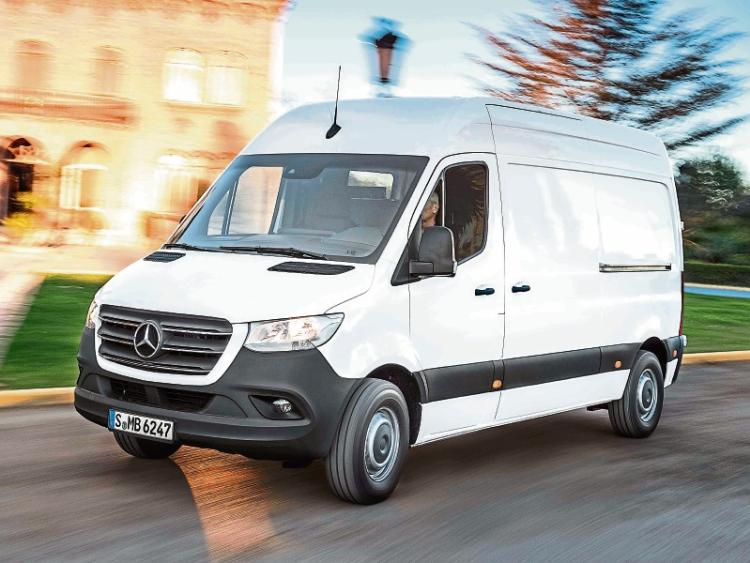 Next June sees the arrival here of a new Mercedes-Benz Sprinter van, third-generation of a model first introduced in 1995 and the latest incarnation of a model whose two predecessors achieved 3.4 million sales worldwide and were chosen Ireland’s Van of the Year at introduction.

Tech features to watch for in the new Sprinter are Mercedes PRO Connect and a new finger-touch MBUX multimedia system which give the driver better data access and real time online information whilst enabling owners to monitor fleet performance to deliver cost and time savings.

Amongst its other features is the availability of front wheel drive, alongside traditional rear and four-wheel drive options.

Six body variants, three body heights, five weight classes, five wheelbases, three diesel engines, and a towing capacity up to 3.5 tonnes mean customers can model more than 1,700 different units to suit whatever corporate or individual requirements they may have.

Access to the load area is via split-opening rear doors and a kerbside sliding side door. Rear doors are fitted with self-arresting hinges making them easier to operate with just one hand.

Numerous driver assistance systems, first developed for passenger cars, feature in the new Sprinter, a development that Fergus Conheady, sales manager for Mercedes-Benz commercials in Ireland, says: ‘allows drivers benefit from car-like comfort and safety in a vehicle that is their everyday workplace’.