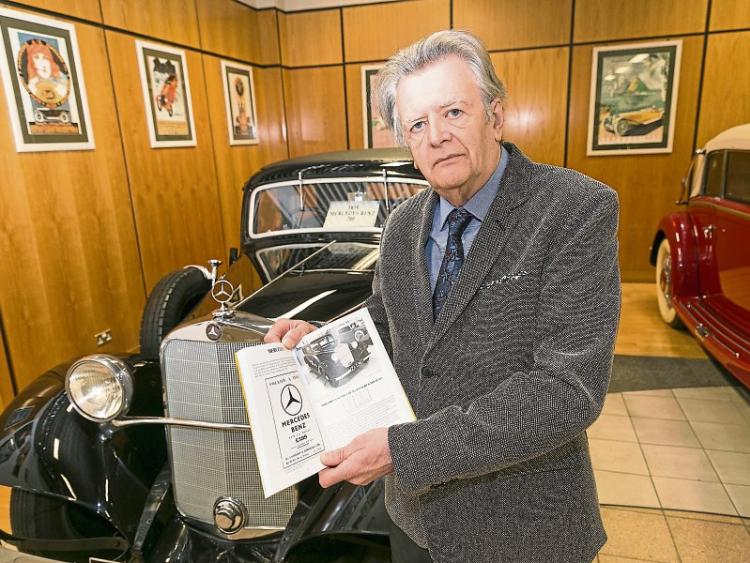 The manufacturing and heavy industry we know today was a distant dream for an emerging Republic in the 1920’s and early 1930’s.

In contrast to today, The Republic of Ireland at this time was stagnating with an economy almost entirely based on Agriculture.

Two visionaries understood that developing and encouraging a manufacturing sector would be paramount in dragging such a small economy onto the world stage.

Sean Lemass, the minister for industry and commerce, along with FM Summerfield, understood that this process needed to be jumpstarted somehow.

They conceived the idea of assembling motor cars in the republic which up till now was only carried out in more industrialised countries.

Bob Montgomery, Author of ‘Motor Assembly in Ireland’ said: “It should be remembered that at the time assembly was introduced, the Free State had virtually no light industry manufacturing, yet within six months, there were no fewer than 13 assembly plants in operation together with the necessary component suppliers.

“ In the years that followed in the region of 52 different makes of cars were assembled here.”

To get the process started, in 1933, Sean Lemass provided a tax concession to companies who engaged in assembling cars.

The result was that within a year there was 13 assembly plants importing cars in in CKD form – completely knocked down – where the key components were taken from the manufacturing line and shipped to Ireland for assembly.

Bob Montgomery added:” This was the true start of the light manufacturing industry in Ireland that continued until the last cars were produced in 1984 after our accession to the EC.

“I feel that this is a vital, and often underappreciated, stage in the transition of the Republic of Ireland from an agriculture-based to an industrial economy.”

Bob Montgomery's new book 'MOTOR ASSEMBLY IN IRELAND' is the story of the fifty plus makes of cars that were assembled during the fifty-year lifespan of the Industry.

With 240 pages and 205 illustrations this book is full of information about the makes of cars assembled, many of them surprising, and the personalities that were involved with them.

The book is the result of a joint desire by C.A.R. (whose members include many who worked in the Assembly Industry) and the Royal Irish Automobile Club Archive, to record this important piece of automotive history.

Larry Mooney, former MDL employee and Chairman of C.A.R said: “Just how difficult this book must have been for Bob can be summed up in an email received the other day from a C.A.R. colleague who said, 'I am glad that the subject has been written up while there are still people around who remember the facts.

“I think that this book is as a significant historical document that has recorded an important part of our economic heritage.”

Arthur Collier, Chairman of the Royal Irish Automobile Club added: “The RIAC was deeply involved with the introduction of the automobile to Ireland at the turn of the last century.

“Therefore, I am especially pleased to see yet another important chapter in Irish motoring history committed to paper so that we can all appreciate the vibrant and varied industry that existed.

The book is available from major bookshops or directly from Bob Montgomery at dreoilin95@icloud.com.