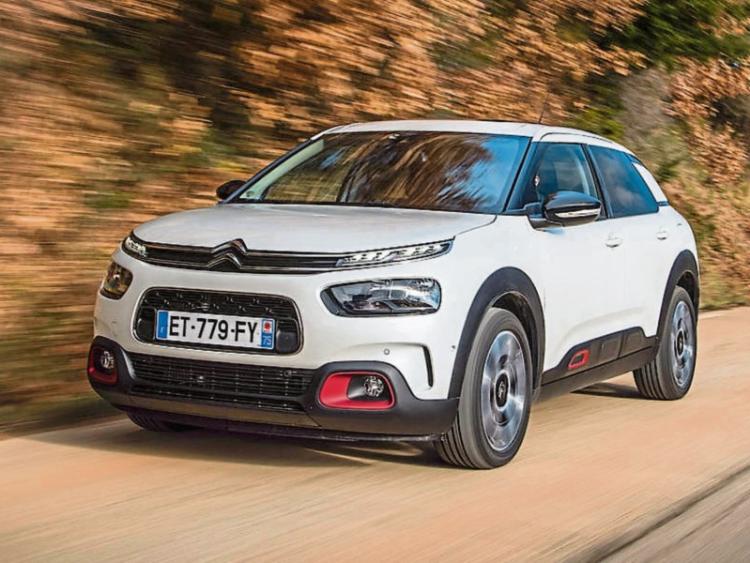 I attended the Irish launch of the new Citroen C4 Cactus recently in county Kildare.

The original C4 Cactus had a quirky appealing character which gave it something to distinguish it from its mainstream rival such as the VW Golf or Ford Focus for example.

Somehow it never managed to really compete directly with these cars and sales as a result were slow.

Now Citroen seem to have decided that quirky styling is not enough to make a car sell so they are going back to their roots where comfort was their unique selling point.

Citroen’s new catchphrase is “Comfort is the new Cool”

Gone are the side “air bumps, and what we have now is a more conservative looking family hatchback.

So how is this more “normal” Citroen going to rival such established players as the Golf or Focus?

Well a combination of attractive if “conservative” by Citroen standards style, great specification, some of the most tried, tested and frugal engines available along with a good entry price.

Added to which this new model represents a European Premiere for the brands new suspension system with “Progressive Hydraulic cushions.

This is the formula Citroen hope will allow them garner a greater share of the family hatchback market.

Outside there are a host of minor cosmetic changes which freshen up the car.

The interior looks much the same really save for new bigger more comfortable seats and some better trim plastics.

The instruments are digitally generated but look conventional, and there is a standard multi function 7-inch touch screen which operates climate control, audio, navigation, and phone functions.

Standard equipment across the range is really above the class average.

All models get the usual electrics we have come to expect, but particularly worthy of mention are easy to operate Bluetooth, and options such as the Blind spot warning system, keyless entry, hill start assist, and intelligent traction control.

The cabin is well finished and feels quite roomy despite the cars compact external dimensions.

The boot which is accessed via the large rear tailgate.

Out on the roads around Kilkea castle in Kildare the new C4 Cactus does impress with a supple and very comfortable ride quality something that will distinguish it from rivals. Citroen always make a good chassis and the new C4 is no different.

It rides and handles pretty well though you will not be buying the C4 for a rewarding driving experience.

It goes very well from A to B and that is what its made for but its not an involving car to drive.

The new C4 Cactus is competing in the most competitive segments of the car market.

Only time will tell if this new version can beat the others at their game.

A full road test will follow in the coming months.