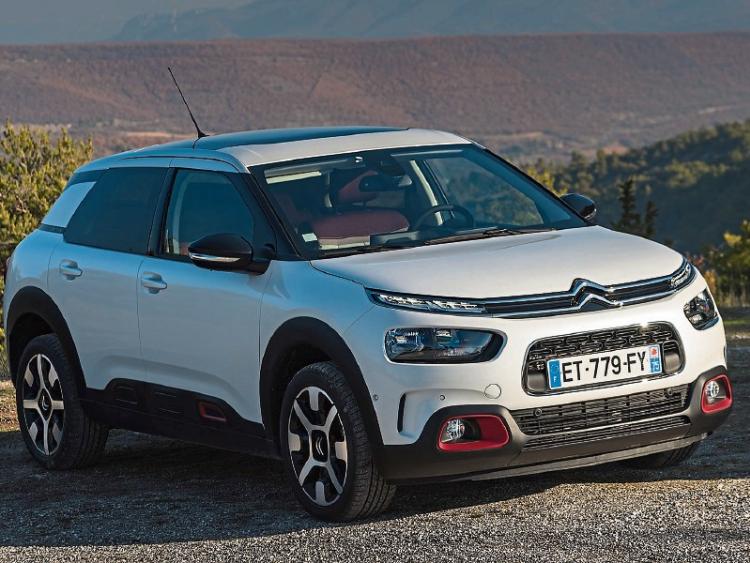 The original C4 Cactus had a quirky appealing character which gave it something to distinguish it from its mainstream rival such as the VW Golf or Ford Focus for example.

Now Citroen seem to have decided that quirky styling is not enough to make a car sell so they are going back to their roots where comfort was their unique selling point. Citroen’s new catchphrase is “Comfort is the new Cool.”

Gone are the side “air bumps, and what we have now is a more conservative looking family hatchback.

Has it Got Any Street Cred?

In making the latest Cactus more “normal” in terms of style in my opinion they have lost some of the character.

The new car looks fine but frankly it will not turn heads in the way its predecessor did.

The interior looks much the same as its predecessor really save for new bigger more comfortable seats and some better trim plastics.

In front of the driver is a rectangular screen which digitally displays speed in large numbers (not like a digitally generated speedometer dial) and a fuel readout. I don’t like it.

There is a standard multi function 7-inch touch screen which operates climate control, audio, navigation, and phone functions. The combination results in the dash being made up of two separate screens and thats it!

Standard equipment across the range is really above the class average.

All models get the usual electrics we have come to expect, but particularly worthy of mention are easy to operate Bluetooth, and options such as the Blind spot warning system, keyless entry, hill start assist, and intelligent traction control.

The cabin is reasonably finished and feels quite roomy despite the cars compact external dimensions.

The plastic interior door panel moulds and push out rear windows (not even a manual roll up/roll down handle) feel and look very downmarket.

The boot which is accessed via the large rear tailgate is a decent size at 358 litres.

Whats under the bonnet?

The range includes diesel and petrol power plants. My test car was the 1.2 litre petrol turbo. Performance is good and the 5-speed manual gearbox is light and precise.

This new model represents a European Premiere for the brands new suspension system with “Progressive Hydraulic cushions. This is the formula Citroen hope will allow them garner a greater share of the family hatchback market.

It does offer a supple and very comfortable ride quality something that will distinguish it from rivals. But push it on a bit and the resultant body roll will put you off any spirited motoring.

It rides and handles pretty well though you will not be buying the Cactus for a rewarding driving experience. It goes very well from A to B and that is what its made for but its not an involving car to drive.

The new C4 Cactus is competing in the most competitive segments of the car market. A segment dominated by VW Golf, Ford Focus, Opel Astra, and Toyota Auris.

Only time will tell if this new version can beat the others. Frankly I think it's not different enough or better to give it the edge it needs over rivals. Prices start at €19,995. The C4 Cactus Feel 1.2 petrol tested here cost €22,495.00