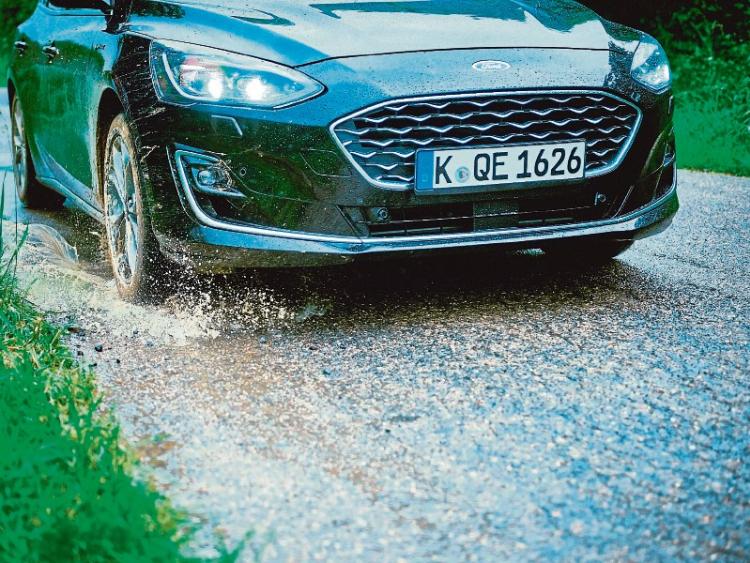 Drivers in many regions of Europe are facing a “pothole crisis,” made worse this year in some areas by the “Beast from the East” arctic air-mass, which delivered icy conditions that further contributed to shattered road surfaces.

A pothole was repaired every 21 seconds on average in England and Wales during the past year.

In Rome, Italy, the city earlier this year pledged to fix 50,000 potholes in one month, and a prosecutor’s probe was launched into the state of the city’s roads.

Potholed roads not only make journeys uncomfortable: harsh impacts with severe potholes can also cause damage to a vehicle’s wheels, tyres and suspension systems, resulting in hefty repair bills for car owners.

Ford is helping limit the impact of damaged roads for drivers of the all-new Ford Focus by introducing innovative pothole detection technology.

The system senses when a wheel is falling into a pothole and adjusts the suspension so that the wheel doesn’t fall as far into it.

Because the tyre and wheel don’t drop as far, they don’t strike the opposite side of the pothole as harshly.

The rear suspension can respond even faster than the front, with a signal from the front wheel providing a pre-warning to the rear wheel before it reaches the pothole. This all happens in a split second.

“Our engineers are always searching for the roughest roads to really test our suspension to the limit, but more and more we're noticing that the rough roads are finding us,” said Guy Mathot, Ford Focus vehicle dynamics supervisor.

“Potholes are a problem that isn’t going away anytime soon, but with our advanced suspension technology for all-new Focus, we've been able to reduce their impact.”

The all-new Focus pothole detection system is a feature of the car’s optional Continuously Controlled Damping technology, which every 2 milliseconds monitors suspension, body, steering and braking inputs, and adjusts the vehicle’s suspension responses for the smoothest ride quality.

Ford develops its suspension systems using a specially created road at the company's test facility in Belgium, which consists of precise replicas of some of the worst potholes and road hazards from around the world.

Engineers further refine the systems with hundreds of hours of testing on a diverse range of European public roads, monitoring loads and strains with equipment similar to that used by seismologists to study earthquakes.