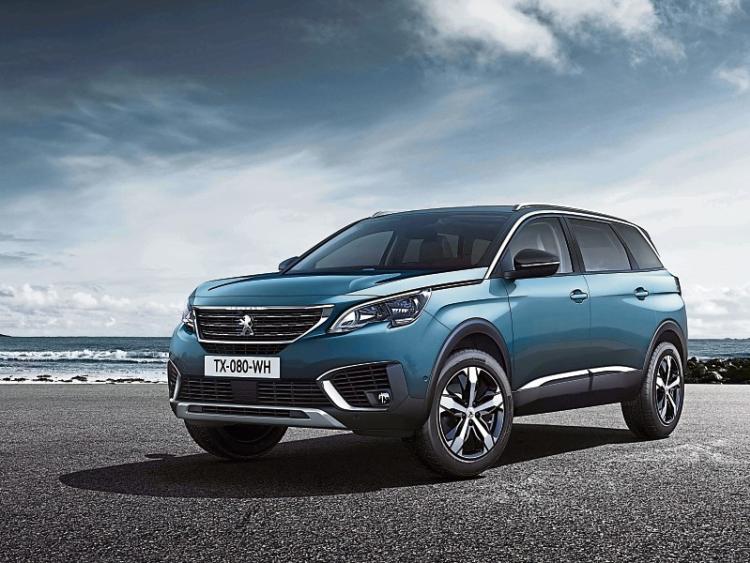 The new PEUGEOT 5008 has taken top spot in the large 7-seat SUV segment for the first six months of 2018.

The sophisticated new PEUGEOT 5008 SUV features three rows of seats and the PEUGEOT iCockpit® combining a compact steering wheel, touchscreen and digital instrumentation across the range for maximum control and safety.

Voted number one by the Irish Times, in the Top 100 Best Cars for 2018, it retails in Ireland from €29,345 plus delivery related charges.

Colin Sheridan, Sales and Marketing Director at Gowan Distributors Limited, PEUGEOT Importers in Ireland said, “The new PEUGEOT 5008 SUV has been a huge sales success in Europe since launch.

“That performance has been replicated in Ireland since initial stock arrived in late 2017, right through the first six months of this year, during which we’ve gained many conquest customers to the brand; over 80% of 5008 customers are new to us.“

He continued: “Indeed, together with the continued success of the 2008 SUV and 3008 SUV, our passenger car market share jumped by +53% June year to date, in a market that has seen a slight decline.

“With strong forward orders for the all-important July 182-registration plate, we look forward to the second half of 2018 with confidence.”

The third row seats are easily removable (11kg), thanks to a single control. This makes for a huge boot capacity, with up to 1,060 litres in 5-seat configuration.

A wide range of both petrol and diesel engines is available, mated to both manual and automatic transmissions. PEUGEOT’s PureTech engine was voted International Engine of the Year in its category for the fourth year running in June and now makes up 27% of sales of the 5008.