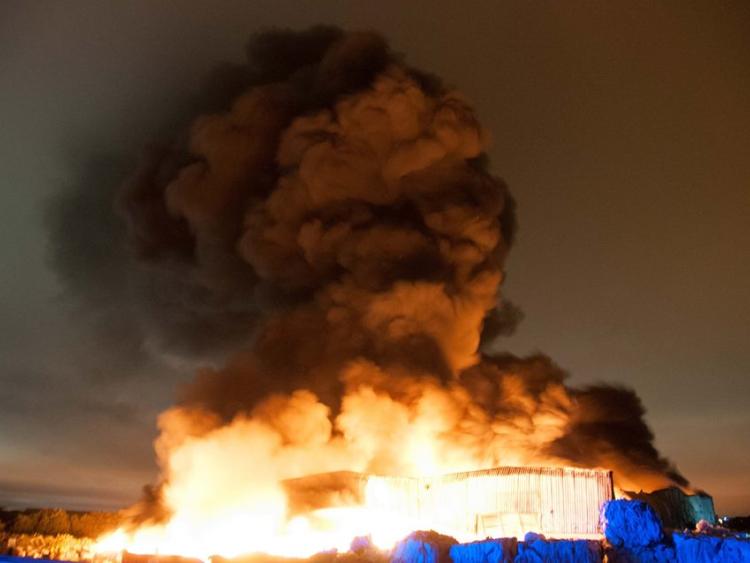 The fire near Rathcoole in the early hours of the morning. PICTURE: Dublin Fire Service

Smoke may still be causing visibility problems on the Naas Road into Dublin near Rathcoole due to a large fire at a recycling plant.

Earlier this morning, four fire engines, a turntable ladder and senior officers from Dublin Fire Brigade attended the scene at a fire in Greenogue. It's understood they are also being supported by the Kildare Fire Service and Kildare County Council.

It's believed large amounts of recycling material went on fire at the site. The Fire Service were made aware of the situation during the early hours of the morning.

It urged people living nearby to close their windows. It also advised motorists traveling on the Naas Rd N7, to not get distracted.