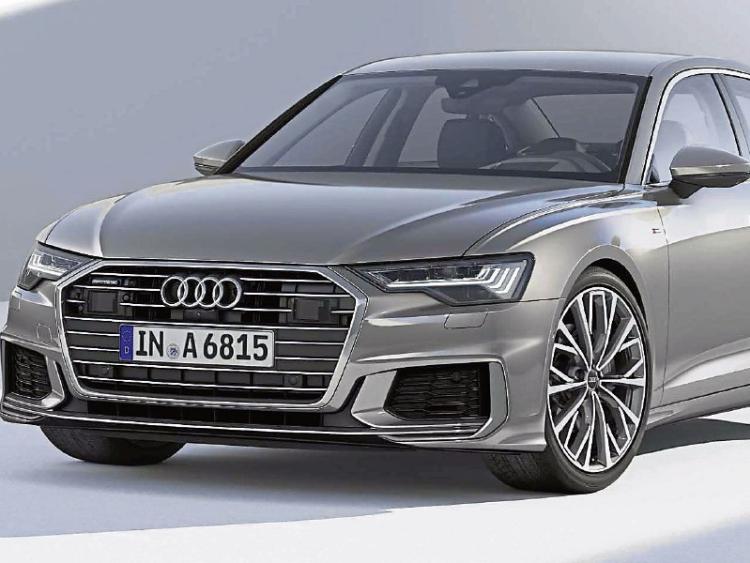 Audi’s new A6 model launches in Ireland, integrating many of the refinements and innovations that have been so widely acclaimed in the latest A8 luxury flagship.

Enveloped by a beautifully proportioned new body, bearing the hallmarks of the contemporary Audi design language, the A6 makes considerable headway in virtually every area, from its advanced mild hybrid drivetrains and even sharper, yet more comfortable suspension options to its sublime cabin comfort and exceptional new all-digital MMI touch response interface.

The new Audi A6 will be available in both petrol and diesel units.

The 2.0-litre, 204PS 40 TDI is now available to order, offering a level of pace and polish that befits each executive model range, with a degree of efficiency demanded by business users. Initially front-wheel-drive, with a four-wheel-drive version of each model following later in 2018, that will employ the latest, ultra-efficient quattro on demand technology, capable of channelling drive to the rear wheels in a split-second.

The engine’s torque-rich response and refinement, coupled with the acclaimed noise suppression capabilities of the A6 return up to 4.5 l/100km with a CO2 output of as little as 117g/km (A6 Saloon on 18-inch wheels). A 2.0 TFSI variant will follow later in 2018. Also available to order now are two 3.0TDI V6 engines.

All engines in the new A6 feature new mild-hybrid technology.

Here, a belt alternator starter (BAS) works together with a lithium-ion battery, enabling the A6 to coast at speeds of between 54km/h and 159km/h in the interest of fuel economy and to initiate its start-stop function earlier – at speeds of 30km/h and below.

The exterior design of the new Audi A6 also adds to the relaxed atmosphere on-board, not least as a result of its advanced aerodynamics: with a drag coefficient of as little as 0.24 and sophisticated aeroacoustics, the car remains pleasantly quiet, even at high speed.

The interior of the new Audi A6 is even larger than in the outgoing model. Legroom in the rear exceeds not only its predecessor but also its core competitors, while headroom and shoulder room measurements in both front and rear are also more generous than previously.

Like the A8 and A7 Sportback models, the A6 is a key exponent of the new Audi design language.

The exterior stands out with its balanced proportions – long bonnet, long wheelbase and short overhangs.

The interior of the new A6 features a black-panel design – a cool look which expresses the technical competence and digital character of the executive saloon. The sleek instrument panel and the calm, continuous horizontal body line create an airy sense of spaciousness.

The centre console is directed towards the driver, as is the top MMI touch response display, which almost disappears into an aluminium clip when switched off.

The new Audi A6 is available now, starting from €51,650 OTR. There are two equipment lines to choose from, SE and S Line.