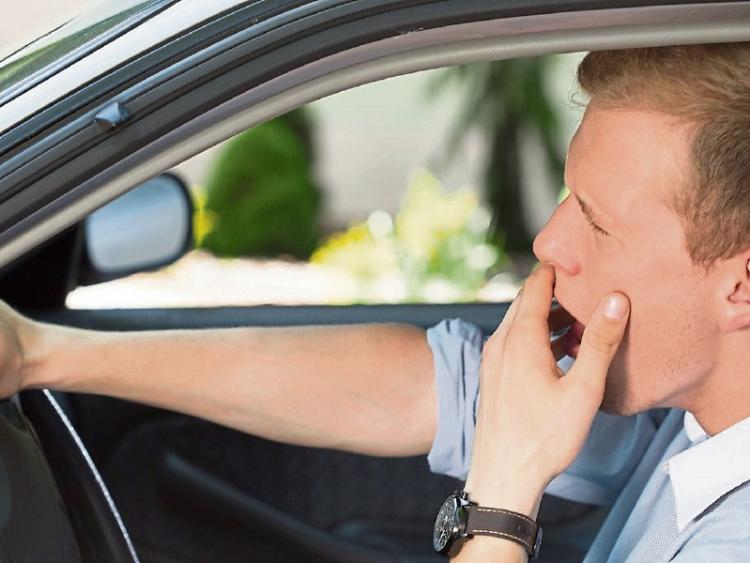 See a friend or loved one reach for the car keys after a boozy night out and many people will speak out or persuade them to hand over the keys.

But how about when a friend insists on driving when they are simply tired after a long day?

Fatigue is a major factor in up to 1 in 5 road crashes and according to experts, remaining awake for periods in excess of 18 hours can impair abilities to a degree that is comparable to exceeding the drink drive limit in many countries.

Ford has now commissioned the creation of a “Sleep Suit” that enables wearers to experience the debilitating effect that tiredness can have.

Transport accidents are the leading cause of death among young people, and the company will integrate training with the suit into Driving Skills for Life (DSFL) its free young driver training programme for 17- to 24-year-olds.

“Drive when you’re tired and you risk driving like a zombie – becoming a danger to yourself, your passengers and everyone on the road around you,” said Dr Gundolf Meyer‑Hentschel, CEO, Meyer‑Hentschel Institute, who developed the “Sleep Suit”.

“Young adults very often subject themselves to ‘intentional sleep deprivation’ - forcing themselves to stay awake so that they can juggle the demands of busy social lives, long working hours and studying for exams.”

The suit partly consists of special goggles that simulate extreme exhaustion, including microsleeps – an uncontrollable response to tiredness.

Microsleeps can result in those behind the wheel driving blind for 10 seconds or more, sometime with their eyes still open, during which time they may have covered hundreds of metres.

There may be no recollection afterwards that this has happened.

Connected to a smartphone app, the goggles can be set to simulate the brain shutting down and the driver effectively seeing nothing ahead of them for half a second, then for increasingly longer periods, up to 10 seconds.

Worn together with a specially designed cap, vest, arm and ankle bands – with a combined weight of more than 18 kilogrammes – the overall effect offers an insight into the degree to which tired drivers are impaired.

In the US, most drowsy driving crashes are caused by under-25s.

“We were determined to raise awareness of drowsy driving and the ‘Sleep Suit” is the perfect way to demonstrate this,” said Ford DSFL Manager, Jim Graham.

“Many people have been thankful that a friend or family member has volunteered to be the designated driver on a night out.

“But just because they haven’t been drinking doesn’t mean that they are safe to drive if, for example, they are exhausted after staying up all night.”

So, what should you do if think that you may be too tired to drive? According to Dr Gundolf Meyer-Hentschel, the best course of action is as follows:

- Pull over as soon as it is safe to do so

- Consume a caffeinated drink and nap for 20 minutes

- Wake up refreshed and ready to hit the road again. (If not, then it is probably time to find another way home or to your destination.)