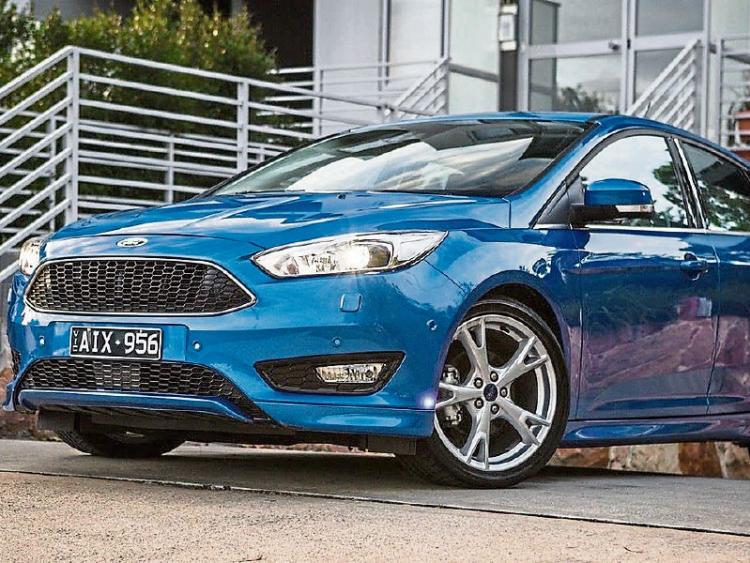 The Titanium model sits second from the top in the models line-up and boasts lots of standard kit that will boost the appeal even further of Ford’s best seller.

Saloons and hatchbacks are under attack from the ever wider choice of mini, compact and large SUV’s.

The stats show more and more buyers are shying away from hatchbacks and saloons in favour of an SUV so cars like the high spec Titanium Ford Focus aim to make the hatchback an attractive alternative.

Prices start at €24,900 for the entry level Zetec 1.0 Ecoboost petrol. My test car this week is the 1.0 litre petrol Titanium.

The new car has in my opinion gone a bit conservative in its styling. It looks well for sure and I like the sharp lines but unless you buy the ST model (which looks fab, with a body kit and lovely alloys) I think its lost a little of the distinctiveness of the previous model.

The cabin is well put together but the centrally mounted screen looks like a bit of an afterthought perched up in the middle of the dash.

The new car comes well kitted out even from the entry level Zetec. with items such as 16 inch alloys, LED DTRLs, a 6.5 i SYNC 3 with Android Auto and Apple Car Play, selectable drive modes, cruise control, with lane keeping assist, pre-collission assist including, Bluetooth and so forth.

As you move up the range of course the specification gets more generous.

In addition my test car had some attractive options such as wireless charging (€180.00).

Powered by a 1.0 litre 4 cylinder ECO boost petrol turbo one might be forgiven for thinking this is a small engine in a reasonably big car. However the 1.0 petrol ECO boost did not disappoint. I found performance to be generally very good.

Power output is 125 PS with emissions of just 108g/km. The 6-speed manual is a nice gearbox and over some 500km of testing it burned on average 5.9 litres of petrol per 100km.

The Focus was always a good car to drive and I am happy to report the new one is even better. It has poise and grip without being unduly firm. The new Focus is probably one of the better cars to drive in this class.

The new Focus has all the ingredients and virtues needed to build on the success of its predecessor. Its a very nice all-rounder that does everything well and nothing badly.

The Titanium version adds a touch of luxury and lots of standard kit for the price so it represents an attractive option. The 1.0 litre ECO boost petrol Titanium costs €24,495 excluding the options listed above.