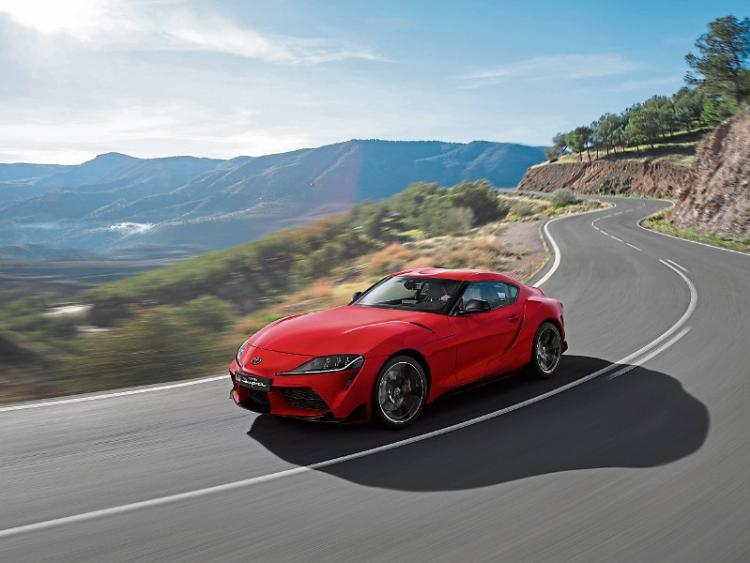 The all-new Toyota GR Supra, the fifth generation of Toyota’s legendary sports car and the first global GR model to be produced by TOYOTA GAZOO Racing, made its world debut on January 14 at the North American International Auto Show in Detroit.

The new Toyota GR Supra has been conceived as a sports car in its purest form, with no compromise that would take from the enjoyment of the driving experience.

Chief engineer Tetsuya Tada has adhered to the classic form of a front-mounted, straight-six engine driving the rear wheels, building on the heritage of Toyota’s past Supra generations and original 2000GT sports car.

Driving enthusiasts can look forward to an exhilarating blend of power, agility and precision handling, achieved thanks to the car’s combination of a short wheelbase and wide track, light weight, low centre of gravity and highly rigid body.

The 3.0-litre engine benefits from a twin-scroll turbocharger and produces 340 DIN hp and 500 Nm of torque.

Coupled to an eight-speed automatic transmission, it is characterised by smooth and powerful acceleration, with large amounts of torque available across the full spectrum of engine speeds.

TOYOTA GAZOO Racing was instrumental in honing the new sportscar’s performance, working extensively on the famous Nürburgring Nordschleife and surrounding roads in Germany in order to achieve the most agile, stable and rewarding handling. Further extensive testing was carried out on roads around the world.

To be certain that the car delivered on its promise, Toyota President Akio Toyoda put it to the test at the Nürburgring in his role as a master driver before giving it the final green light. New Toyota GR Supra customer deliveries will start from late summer 2019.

Toyota president Akio Toyoda, who is also a master driver, said on the Supra: “Back in the day, I spent countless hours driving an old Supra at Nürburgring to become a master driver. Supra is like an old friend that holds a special place in my heart.

“While other manufacturers were putting their beautiful new prototypes which they were going to introduce through the paces, I was driving an old Supra that was no longer in production. So even though Toyota had no plans to make a new Supra, just like a lot of other die hard Supra fans around the world, I secretly wanted to make it happen.

The new GR Supra was born through testing at Nürburgring, and I can honestly say that it is a car that is fun to drive and better than ever.”

Toyota Supra chief designer Nobuo Nakamura gave his team a simple brief around the concept of ‘Condensed Extreme,’ purposely avoiding any emotive words so that they were free to express their vision of a pure and individual sports car in a truly original design.

“With chief engineer Tada pursuing driving pleasure, I knew that my mission was to create a design that would be visually and physically exciting to sports car fans,” he said.

“By using a straight-six front engine, rear-wheel drive layout – something rarely seen in today’s cars – I was able to reach something beyond Toyota’s boundaries.” In the finished design, the “condensed” theme is evident in the relationship between the Toyota GR Supra’s large-diameter tyres, short wheelbase and overall length. It’s notable that the wheelbase is in fact shorter than in the GT86 coupe, and the tyres are larger.

“Extreme” is interpreted in the car’s wide stance, with tight cabin proportions and a broad tread, contributing to a high level of manoeuvrability and stability.