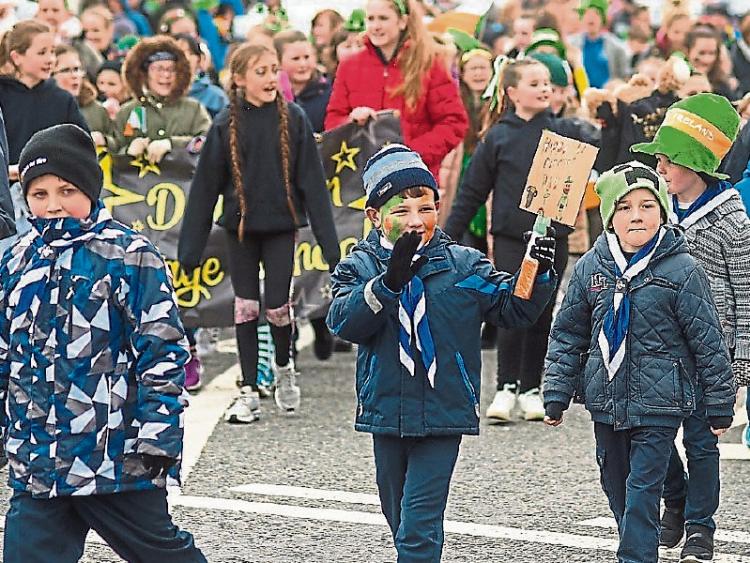 AA Roadwatch has issued the following information and advice for the St Patrick's Day festivities over next weekend.

Dublin City plays host to the St. Patrick’s Festival from Thursday, March 14 to Monday, March 18, with plenty of events across the city.

The main attraction is the Festival Parade, starting at midday on St Patrick’s Day .

Marching bands and theatre groups from around the world will explore this year’s theme, Storytelling.

The parade takes off from Parnell Square and makes its way through O’Connell St, around College Green, up Dame St to Christchurch and down the appropriately named Patrick St to finish on Cuffe St.

Streets around the route will be closed from early morning until 6pm, so plan your route in advance using AA Routeplanner.

Traffic on the North Quays will be diverted via Church St and the NCR.

Diversions will also be in place on Custom House Quay and Merrion Square as adrenaline-seekers converge on two funfairs.

These run from 11am on Saturday until Monday evening, with Merrion Square also playing host to the festival village for the weekend – the céilí will kick off there from 1pm on Saturday.

There will be further traffic restrictions on Monday, when the most active green-wearers run the 5k Road Race, starting at midday on St Stephen’s Green and tracking their way through Pembroke St, Wilton Terrace and Leeson St.

Outside the city centre, smaller parades take place around the county on Saturday, including Blanchardstown, Lucan, Swords, Balbriggan, Lusk, Rush, Skerries, Blackrock, Tallaght, Clondalkin, Rathcoole and Stepaside. See the map below for traffic restrictions in each of these areas.

Dublin City Council’s pay-and-display parking spaces are free on Sunday 17, though some restrictions will be in place.

Limerick City boasts not one, but two parades: the St. Patrick’s Day Parade on Sunday 17 and the International Band Championship on Monday 18th.

The parade begins at Sarsfield Barracks on O’Connell Ave at midday and finishes on Merchant’s Quay. Most streets in the city centre will be closed between 7am and 3:30pm.

Then on Monday, 1,300 musicians will compete in the International Band Championship. The bands will leave O’Connell St at midday and march to Arthur’s Quay Park for a free concert and the all-important awards ceremony.

Again, there will be many city centre road closures between 7am and 3:30pm.

If you’re not attending the parades, stay on the Limerick Bypass (M7 and N18) to avoid the city centre.

A number of smaller parades will also take place in County Limerick on Sunday, including in Abbeyfeale, where the N21 will be closed from 4pm.

Diversions will be set up, but expect delays if you’re heading to or from Kerry.

Around 50,000 revellers are expected to take to the streets of Cork City on Sunday 17, with the St. Patrick’s Day Parade getting underway from 1pm.

This year’s festival will celebrate the city as much as the saint: the theme is Stories of Cork. Appropriately, the route takes in both Grand Parade and Patrick St, starting on South Mall and finishing on Merchant’s Quay.

Most streets surrounding the route will be closed between 7am and 4pm, with streets in the city centre closed until 5:30pm.

Free parking will be available all day in the Black Ash Park and Ride, just off the South City Link Rd.

Several other parades take place around the county.

In particular, traffic will be diverted away from Fermoy at 11am, Mallow from 1pm, Ballincollig from 1:30pm and Bandon from 2:30pm.

It’s an early start in Galway City, with the parade leaving NUIG at 11:30am. Don’t caught out – it’s a new route this year, heading from NUIG to Eyre Square via University Rd, Salmon Weir Bridge and Eglinton St.

There’s a big emphasis on local culture in this parade, with arts and community groups celebrating the theme of Diversity. 60,000 people are expected to attend, with rolling closures along the route.

Elsewhere in the county, rolling diversions will be in place for parades in Loughrea (1pm), Tuam (1:45pm) and Oranmore (3:30pm) on Sunday, while Gort’s parade will take place on Monday 18th at 12:30pm. There’ll be no access from the M18 to Gort for the duration.

40,000 people will watch performers make their way from The Glen up Thomas St, along the Quay and onto Parnell St.

Many city streets will be closed from 11:30am to 5pm, so allow extra time for journeys.

Elsewhere, large parades will be held in Tramore at 1:30pm and Dungarvan at 2pm, with each town centre closed to traffic.

If you’re planning any journey on St Patrick’s Day, allow for traffic restrictions in most town centres during the afternoon.

Stick to bypasses where possible and expect delays – many parades feature classic cars and slow-moving vehicles which will be on the move throughout the day.

You can see check out all our road closure information for your route on our map above, or in this post.

As well as Galway City , bear in mind that the parades in Kilkenny City, Carlow Town, Mallow and Charlestown will be following new routes this year, while Ballyragget (Kilkenny) and Kilkelly (Mayo) are holding parades for the first time.

For drivers, remember that some parades affect national routes:

Those who need to travel through Tullow, including on the N81, are advised to allow at least an extra 20min for journeys between 1:45pm and 3:30pm.

Bear in mind the N81 will also have diversions at Baltinglass in Wicklow from midday to 1:30pm.

In Tipperary, drivers on the M8 won’t be able to access Cashel via J7 Cashel North between 1:45pm and 3pm, while parades in Thurles and Templemore also affect national routes.

Restrictions will also be in place on the N4 in Carrick-on-Shannon, the N16 in Manorhamilton , the N63 in Longford Town, the N77 in Abbeyleix and the N78 in Athy.