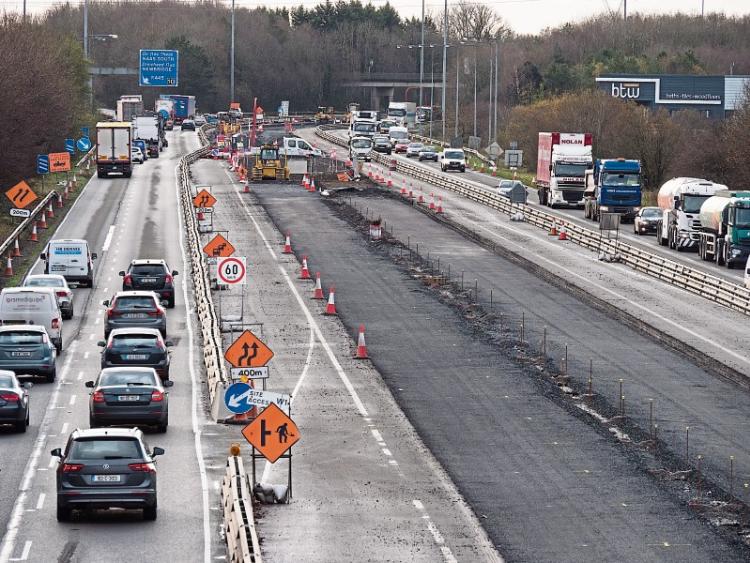 The latest lane changes in connection with the M7/N7 roadworks redevelopment near Naas will come into effect this Thursday, March 28.

“Subject to completion of all necessary activities, the next section of M7 Westbound mainline traffic will commence movement onto the new carriageway surface, adjacent to the new central median, from 06.00am on Thursday morning, March 28.

“Motorists are advised that although both Westbound lanes are for the M7/M8/M9; those wishing to exit at Junction 10 (Naas South) should take the left hand lane only.

“This arrangement will facilitate the completion of the new middle lane in this section and, following these works, two lanes over this section will run on the new surface, adjacent to the median.

“A minimum of two lanes will be maintained during peak hours of 6am to 10pm at all times.

“Once traffic has been moved across, works will continue to the adjacent verge/hard shoulder areas, which will include for the tie-in of new slip lanes.”

Kildare County Council said any inconvenience caused to the public is regretted.