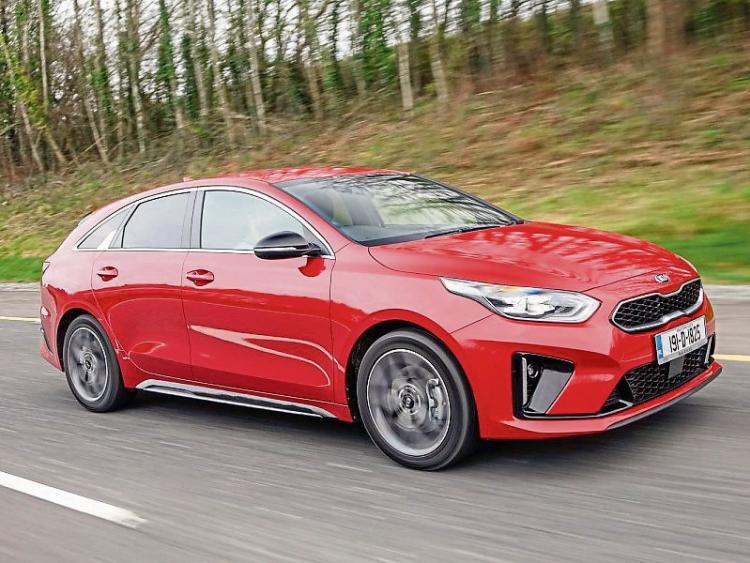 Is it an estate, or a coupe-like 5 door hatch?

According to Kia its neither but something in between.

The new and rather attractive Proceed is based on the very good Ceed hatchback and Ceed Sportwagen but replaces neither, rather its an addition to the range.

The Proceed then as I see it will appeal to those who want the sort of practicality offered by an esate but want the more sporty looks and feel of a coupe design.

The Proceed is offered in Ireland with one specification namely GT-Line (further reinforcing the sporty tone) and with one engine, a 1.4 litre petrol turbo.

So I spent some 600km behind the wheel to try it out.

Has it got any street cred?

Absolutely! The new Proceed is a terrific looking car with dashing good looks, sleek lines, two-tone allows and carbon look side sills. In short its a bit of a head turner. From any angle it looks great!

Drivers of a Ceed will recognise most of the interior except maybe the sports steering wheel. It all looks and feels good and feels well screwed together.

The driving position is just about perfect and the specification is generous too.

I like the infotainment system, its easy and simple to use with clear menus and a decent sized screen , though I’m not a fan of the way its perched on top of the dash.

It would look so much better integrated.

Accomadation is pretty good despite that sloping roofline and the load area is a good size at 594 litres (I can never visualise this number, can you?).

I quote for comparison anyway.

There is just one engine option, and a good one it is! A 1.4 litre petrol turbo with a 6-speed manual gearbox.

The combination works well giving the Proceed a good turn of speed and refined motorway cruising.

Sure the controls lack a little bit of feedback, the steering feels a bit light but other than that this is a pleasant car to drive and an equally pleasant one in which to travel as a passenger.

The Proceed manages to be quiet and refined at all speeds and the suspension set up does a good job f dealing with our more challenging roads.

As with all Kia models the Proceed is covered by a 7-Year 150,000KM warranty.

I must say I really liked the Proceed. Its a real cracker to look at and yet it offers almost all of the practicality of its estate stablemate the Ceed Sportwagen.

This car will appeal to drivers looking for something a little bit different with a more sporty theme and in that it certainly delivers.

The new Proceed GT-Line is priced at €28,945 and I think that is good value in what is a very nice car indeed.