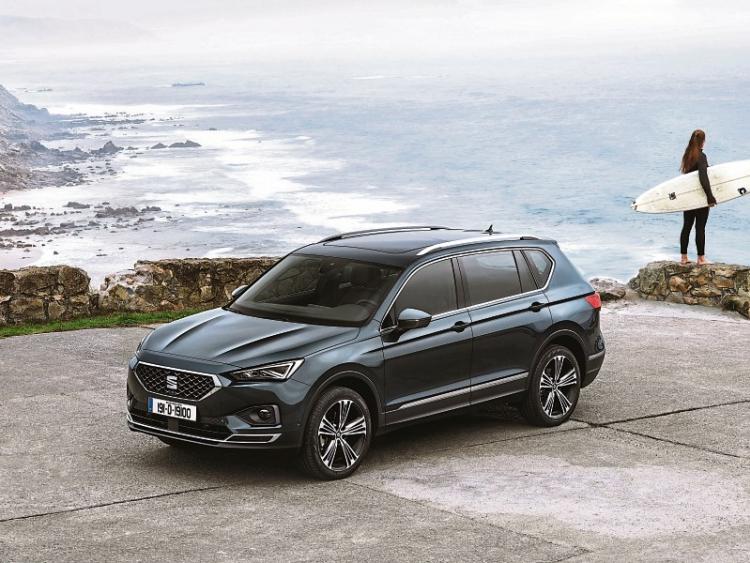 New research commissioned by SEAT Ireland has revealed that the majority (50%) of Irish people would choose a diesel car, compared to just 32% who would prefer a petrol car.

This figure showcases how diesel cars are still very much front of mind for Irish motorists.

The research has been released as part of the launch of SEAT’s latest creation the SEAT Tarraco, the brand’s first seven-seater SUV in the market.

According to the SEAT research, Irish motorists would like to change their car every three years and almost 1 in 3 (28%) have researched three different models prior to buying a new car.

Of those surveyed, 75% either fully understand or have some understanding of all car finance options available to them.

When it comes to important factors that make or break Irish people’s decision on buying a new car, space came out on top.

The research results have uncovered that most Irish people (14%) said they made the switch to a newer model as they needed a larger car for their growing family.

The SEAT Tarraco, has been awarded the highest five-star safety rating from Euro NCAP, making it one of the most reliable and safe vehicles in the seven-seater SUV segment.

Another element parents found difficult was keeping their children entertained while on longer journeys (25%).

Over half of Irish people currently have two cars in their household and the majority have owned those cars for one or two years (32%).

Almost every survey respondent (86%) uses their current car every day, to commute to work or to travel short distances, and when it comes to the running of their current car, Irish motorists highlighted insurance, fuel and road tax as their top three financial concerns.

When it comes to looking after their vehicle over half of survey respondents know how to change a tyre on their car (52%).

“The research outlines that there is still a huge appetite for diesel models among Irish motorists.

“Not surprisingly, Irish motorists are also starting to consider hybrid and electric models, this is good news for us here at SEAT because this is the direction the brand will take in the very near future.

“There has never been a greater demand in the Irish market for SUV vehicles, which is also what the research suggests and the Tarraco’ s debut is another key milestone in the overall evolution of SEAT.

“It’s brilliant to be able to continue to offer motorists a variety of high-quality vehicles.”