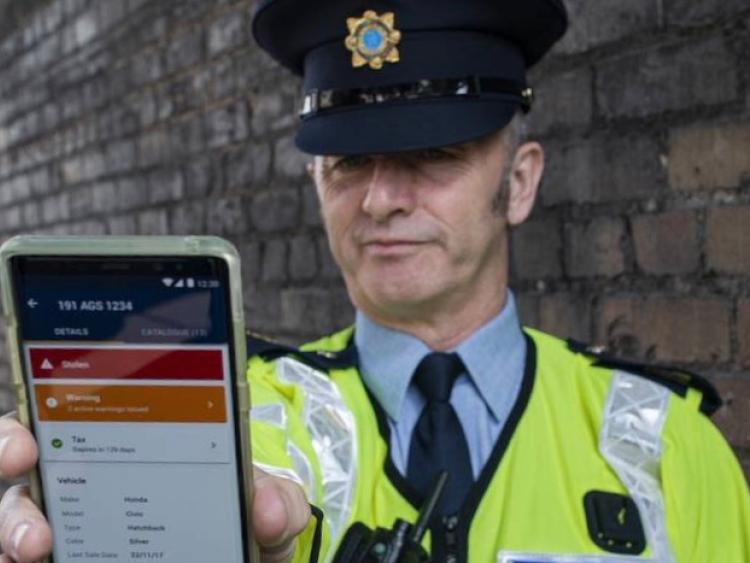 A new Fixed Charge Penalty App for Gardai has been developed with the Limerick Garda Division following from a successful pilot project.

The App gives the Garda the ability to process Fixed Charge Penalties at the side of the road within a minute or two - instead of writing out dockets and filling out paperwork.

Assistant Garda Commissioner David Sheehan said the new app would force errant drivers to “end the bluffing” in relation to a range of excuses.

These excuses and misinformation relate to incorrect home addresses, false penalty point history, wrong vehicle status in relation to tax and NCT - and in the near future a vehicle’s insurance status would be discernible via the app.

The Garda can use their phone-enabled Mobile Data Station to scan License Plates, Drivers Licenses and look up Pulse and other back Office Garda Systems and then create the penalty fine.

The system can also tell if the vehicle has been reported stolen, or if any active warnings are in operation.

Gardai will have the power to stop a car at random and input the driver’s details and the registration of the vehicle into the device which will instantly give an update on all the details of the driver and the vehicle.

Everything from whether the driver has a full licence and can drive unaccompanied, whether they are disqualified, or whether their tax and NCT is up to date, will be verified on the spot.

A recent addition to the App is the ability to add Eircodes to addresses using secure web services from Ordinance Survey Ireland.

A further 2,000 mobile devices or Mobile Data Stations, will be provided into the hands of frontline Garda by the end of 2019.

Because the system is linked to the Eircode database, if someone gives an address that doesn’t exist that will be flagged immediately.

The phones the gardai will be using will be encrypted, and can even operate in areas where phone signals or wifi connectivity is a problem.

The garda vehicle will itself be wifi enabled to achieve the required level of connectivity, and if that system did not work the information can still be input into the device and it will be processed as soon as the device is back in connection.