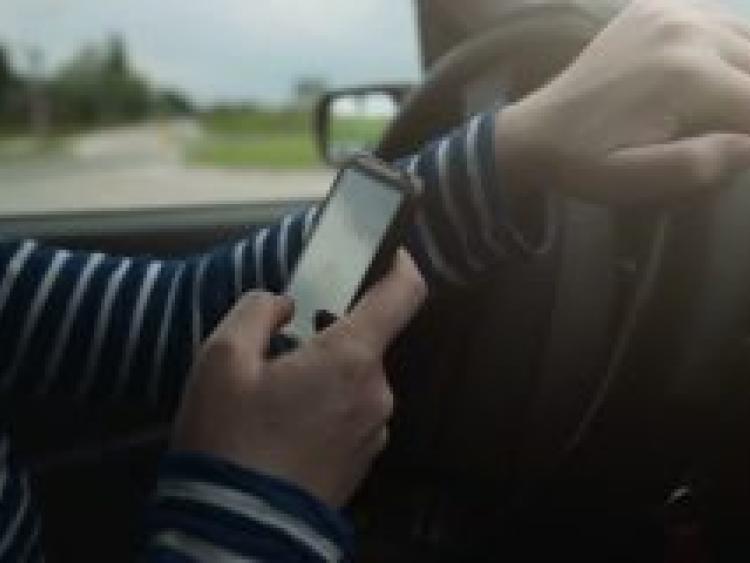 In advance of the August Bank Holiday weekend, new research by Liberty Insurance Ireland shows that 67% of Irish drivers admit to using their phone while driving, with one in four (25%) browsing the internet, and reading text messages and emails when on the road.

Conducted by Liberty Insurance Ireland and its parent company Liberty Mutual among 8,010 respondents, the global survey found that 45% of Irish drivers admit to multi-tasking while driving, including actions such as eating or applying makeup whilst on the road.

The research shows that a quarter of Irish motorists (25%) admit that their phone is one of the biggest distractions while driving. 76% claim that other drivers’ driving behaviours, including “using a phone”, is amongst the most prominent distractions they experience while driving.

61% of Irish drivers admit to glancing at incoming texts and/or calls on their phone, compared to 40% of drivers in the UK. In addition to drivers sending texts, WhatsApp’s and emails when driving, a further one in four (25%) claim to read emails and texts while behind the wheel.

Commenting on the research, Sean Brett of Liberty Insurance, said, “The August Bank Holiday is one of the busiest weekends of the year on Irish roads and we urge all drivers to exercise responsibility and care when getting behind the steering wheel this weekend.  The Road Safety Authority has done some great work in recent years in working toward making our roads safer and the year on year reduction in road fatalities and accidents bears this out.  However, in parallel with its efforts in making our roads safer, we all have a personal responsibility to take greater personal ownership for our own driving habits when getting behind the wheel.

“This starts with giving ‘driving’ your undivided attention and resisting the temptation to multitask, look at one’s phone or respond to text messages, tune in the radio or apply make-up when on the road.

“No matter how experienced or accomplished a driver may be, once they pick up their phone or glance down to read a WhatsApp, their field of vision is immediately compromised, and they are endangering themselves and others inside and outside their vehicle.

“Our research found that half of Irish drivers admit to keeping their phone visible while driving, which is significantly higher than their peers in the UK.  Drivers should make it a habit to put their phone somewhere out of sight like the glove compartment, or even activate the Do Not Disturb feature to avoid the temptation to reach for it while in the vehicle. On the rare occasion when a driver may need to access their phone while behind the wheel, they should pull over to a safe location and stop the vehicle before taking out their phone.

“Finally, we would urge drivers to remain alert at all times on the road this weekend. It is estimated that the mind makes 100 decisions per mile driven. If you are traveling on a road you use often, a driver may zone out, putting them at greater risk of an accident or near miss. Therefore, if you are aware of your concentration dipping or your mind drifting, pull over where it’s safe to do so, take a break, get out and stretch your legs, maybe have a tea or coffee.  These simple steps will help you and your loved ones enjoy a safe and happy August Bank Holiday.”