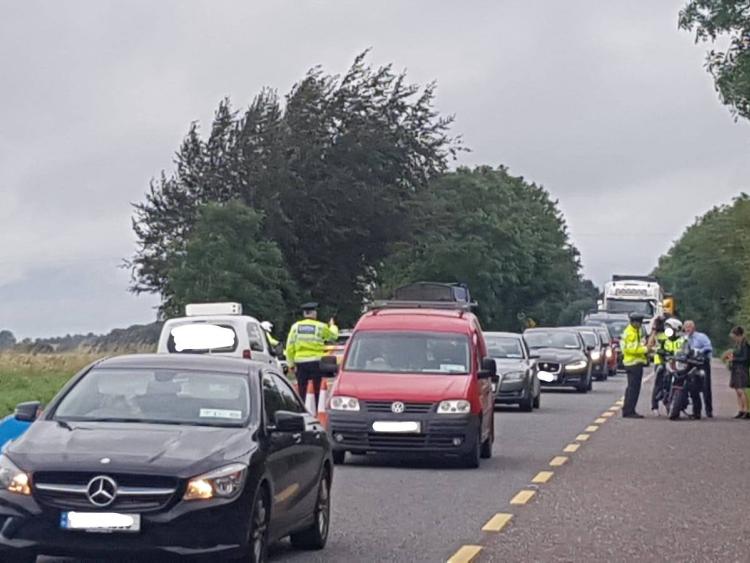 An Garda Síochána have expressed concern over increase in road traffic fatalities with 93 fatalities recorded on the countries roads in 84 collisions as of August 14.

Road deaths have increased by six when compared to figures for the same period last year.

Up to, and including August 14 this year, 52 drivers, 10 passengers, 15 pedestrians, 10 motorcyclists and six pedal cyclists have been killed on Irish roads.

Seventy fatalities (79%) occurred on rural roads with a speed limit of 80km/h or higher.

Speaking at a checkpoint on the N20 near Mallow, Inspector Joe O’Connor Roads Policing Unit Cork North highlighted the increase in detections in respect of speeding, mobile phones and seatbelts.

Superintendent Edmund Golden National Roads Policing Bureau outlined that there have been 93 road fatalities, up six on this day last year. He is appealing to pedestrians, cyclists and motorcyclists and stresses the need for them to be more visible at all times on the road.

Motorists should be more vigilant during this high-risk period, particularly in respect of motorcyclists.

Drivers need to look and look again particularly in their blind spot when turning, overtaking and at junctions.

Of the motorcyclists killed over the last five years (2014 – 2019) the vast majority were male drivers and the highest risk groups were those aged between 25 and 44 years.

The most dangerous day of the week is Sunday and Gardaí are appealing to all road users to exercise extreme care during this high-risk period.