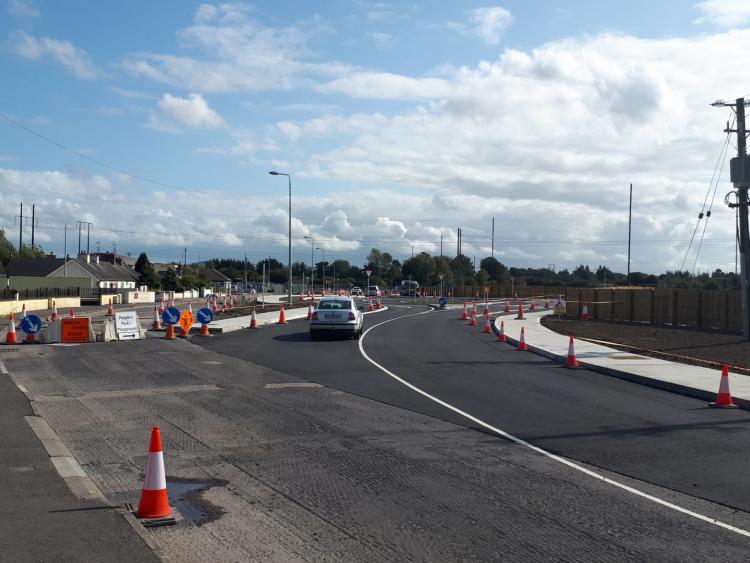 Traffic delays are being experienced in Portlaoise as a week-long traffic diversion gets underway.

The diversion is set up on the busy Abbeyleix road, as part of the construction project to build a major new road around the town.

Traffic coming into Portlaoise from the M7 motorway is diverted through Clonminam, turning left at O’Moore Park GAA stadium.
The diversion is to allow completion of the new roundabout under construction for the Southern Circular Route Extension.
It begins this Tuesday, September 3 at 8am and will last until Wednesday, September 11.

Traffic from Portlaoise town driving towards Abbeyleix will not be affected.

The Southern Circular route extension is said to be on schedule for “substantial completion” by the end of September, Laois County Council has said.

The €7 million project comprises a new 550 metre road joining the Timahoe and Abbeyleix roads south of Portlaoise town.
It includes a link road to James Fintan Lalor Avenue at Aldi.

Executive Engineer Donnacha Reynolds in the council's roads department has the latest update on the project.

“It is going well enough. It is on schedule at the moment. The completion date is the end of September but we are awaiting the final programme from the contractor THM,” he told the Leinster Express.

“The main message is for people to be aware of the alterations to the traffic at the Abbeyleix roundabout this week,” Mr Reynolds said.

The new road will form the final link to a southern route around Portlaoise town linking the N80 Stradbally road to the N80 Mountmellick road.

It passes the five new primary schools in Aughnaharna and Summerhill and it will ease school traffic Laois County Council say.
It will also open access to land for construction developments, including land behind county hall for a planned new county courthouse.
“It will improve access to the town Centre and will improve access to the new school campus and O’Moore Park Stadium,” Laois County Council said last year.