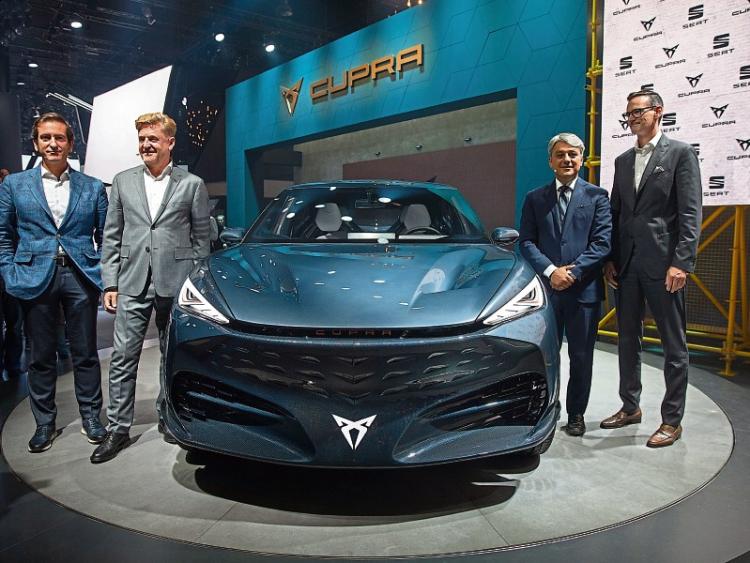 SEAT arrives at the Frankfurt Motor Show with its electric offensive in top gear.

SEAT touches down in Frankfurt after achieving the highest January to August sales figure in its history. The company's worldwide deliveries went up by 7.2% for a total volume of 411,600 cars.

SEAT’s market share in Ireland from January to August peaked at 3.5% as a result of a strong sales increase of 9.35% compared to an overall market decline of –7.8%. In a press conference, SEAT President Luca de Meo stated that “the IAA comes at a great time for us, with historic sales and financial results. Our position enables us to remain committed to and continue investing in mobility for future generations with solutions that adapt for tomorrow. Electrification is a key part of this mobility, as are micromobility and the development of solutions that cater to it.”

The new CUPRA Tavascan and the SEAT Tarraco FR PHEV represent a step forward in their electric mobility offensive.

The CUPRA Tavascan concept car merges the solidity of an SUV with the sportiness of a coupe, conceived with the highest standards of sophistication, elegance and design that distinguish the brand.

In the boot it integrates the concept CUPRA eXS kickScooter, specially developed for the occasion. Furthermore, the new SEAT Tarraco will be available in a hybrid engine version and FR trim, featuring a range of more than 50 km and emissions below 50 g/km.

In conjunction with the launch of future electric and PHEV models, SEAT will be introducing a smart Wallbox home recharging solution.

Customers can purchase the device and order its installation along with the vehicle, and it will enable them to optimise the car's recharging time and manage all the information on their mobile phone or via an online platform.

In addition, Ekström will become the official driver of the CUPRA e-Racer at the future electric racing competitions and will collaborate on the development of the brand's electric racing models.

SEAT Vice-president for Sales and Marketing and CUPRA CEO Wayne Griffiths shared that “the CUPRA Tavascan is an impressive concept car that demonstrates the brand's enormous potential.

He went on to say that “motorsport is at the core of CUPRA's DNA.

We spearheaded the creation of the first wholly electric touring race car, the CUPRA e-Racer.

“Now we can count on the know-how and experience of Mattias Ekström for both the development of this model and the brand's electric racing strategy to continue to be leaders in this field.”