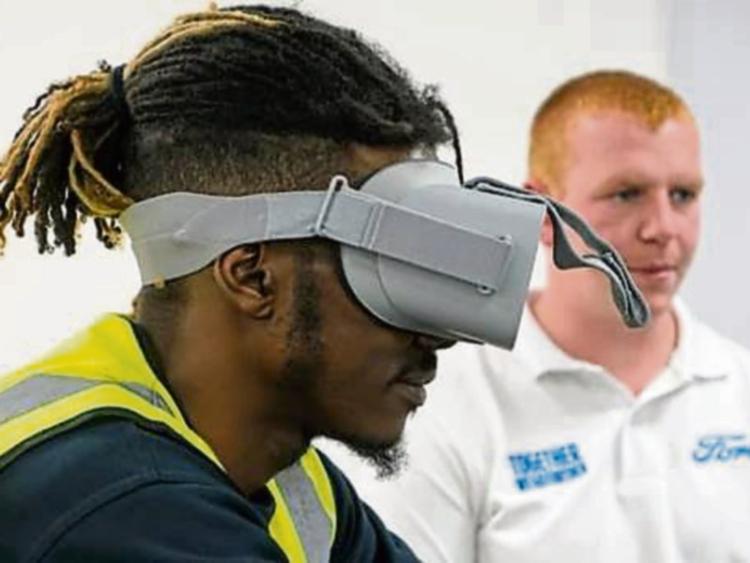 Delivery drivers have tried a unique virtual reality experience that allows users to see the world from either a cyclist’s or a driver’s point of view in a virtual space.

The aim of the award-winning WheelSwap virtual reality experience – part of Ford’s Share The Road campaign – is simple: to encourage people to make a few small changes to the way they drive or cycle so that everyone is a bit safer on the road.

More than 35 drivers from consumer delivery firm Hermes participated in the training at one of the firm’s London depots.

Hermes delivers 390 million parcels a year and employs thousands of drivers across its network.

The exercise provided a useful opportunity for drivers to see the road from a different perspective, with 88 per cent agreeing that the experience would encourage them to change their behaviour.

Tom Thompson, project lead, Ford Mobility said, “It is important to Ford that all road users are able to reach their destination safely.

“Working with companies like Hermes in this way helps keep the roads as safe as possible for all.”

There are more people on our roads than ever before, and an increasing number of them are cyclists, so it’s important to encourage a spirit of understanding and respect between every road user, whether they’re travelling on four wheels or two.

Share The Road is Ford’s campaign aimed at improving road safety for everyone.

WheelSwap was developed together with London-based agency Happy Finish.

It has proved an effective tool for building empathy, with 91 per cent of the initial 1,200 participants intending to change their behaviour, 70 per cent displaying greater empathy to their driving and cycling counterparts after watching the VR experience and 60 per cent of participating driver and cyclists changing their on-road habits within two weeks of taking part.

It has won six awards, including accolades from SABRE and European Excellence Awards.

According to a report by the Centre for Economics and Business Research titled Economics of Commercial Van Usage Across Europe, the number of vans on the road in France, Germany, Italy, Netherlands, Spain, Turkey and the UK increased by more than 10 per cent between 2013 and 2018, from 23,250,000 to 25,690,000.

Martin Allwood, Network Contractor Manager, Hermes, said, “We were pleased to partner with Ford on the WheelSwap virtual reality experience, which gave our drivers a real insight into the perspective of other road users.

“Feedback from all our drivers was very positive. At Hermes, we are committed to ensuring our staff receive the best training possible and so this supports their continual development.”