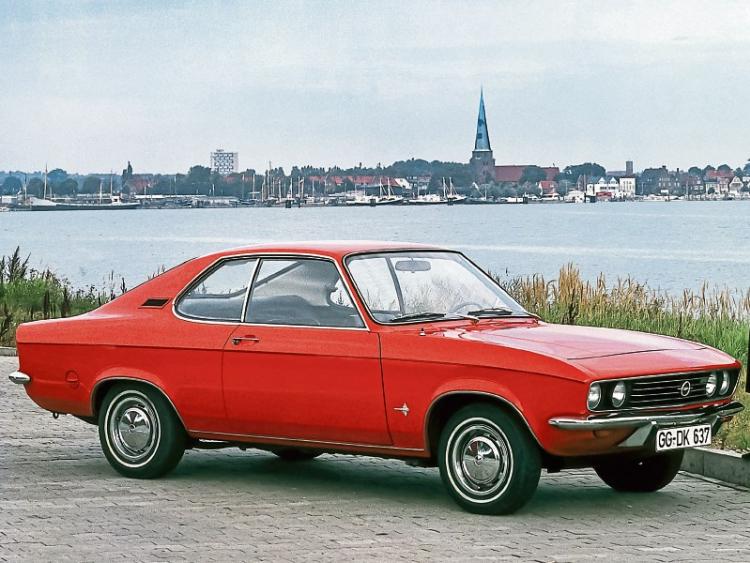 The legendary Opel Manta is celebrating its 50th birthday in 2020.

The famous coupé, conceived by American, George Gallion, Opel’s chief designer, made its much-applauded debut in September 1970, at Timmendorfer Strand on the German Baltic Sea coast.

In 1972, its first full year of sales, 56,200 happy customers snapped up their prized Manta and in total, more than one million examples of the Opel Manta rolled off the assembly line. Today it is a sought-after collector’s classic, much-loved by motor-enthusiasts around the world.

The Manta nameplate and ray logo were born when designer, Gallion, looking for inspiration in the face of fashionable animal-named cars such as the Ford Mustang and Corvette Stingray, travelled to Paris to meet French marine researcher, Jacques Cousteau.

With just 10-days to create a name and logo, Gallion spent hours leafing through Jacques Cousteau’s photos and drawings before coming across a shot of a gigantic manta ray. That was it. The big catch. The Opel Manta had found its identity and its iconic chrome plated emblem was brought to life.

The Manta was new, smart and sporty, and perfectly timed. Attractive coupés that could accommodate four were highly popular and the Manta’s shape and lines were just what the market was looking for.

For Opel, the Manta was a step into new territory. “Instead of making an existing model obsolete, the car we are presenting today is an addition to our range and meets a new demand from the market,” said the press release at the time.

The Manta range began with a 1.2 60bhp engine in 1972, followed in November of the same year by the luxuriously equipped Manta Berlinetta.

Standard equipment included a sports steering wheel, heated rear window, halogen headlamps, electric windscreen washers and a vinyl roof. Production was enriched by numerous special model variants such as the Holiday, the Plus, Swinger and Summer Bazar, each combining up-market specifications with modest prices. The Manta GT/E, powered by a 105hp, 1.9-litre engine with Bosch L Jetronic fuel injection, appeared in 1974. The GT/E-based “Black Magic” special edition arrived in 1975, all black with orange stripes on its flanks.

In 1975, the Manta B made its debut. The German brand had two variants in the range: the coupé with notchback and the 1978 Combi-Coupé CC with hatchback and large tailgate.

The Manta B has a special role in the company's 120-year-plus automotive history; no other model remained unchanged on the market longer than the Manta B. Presented in the autumn of 1975, 557,940 units of the second generation Manta rolled off the assembly lines right up to 1988. The range of 4-cylinder engines ranged from 1.2 to 2.4 litre versions and power outputs were between 55 and 144bhp.

New models and engines constantly complemented and extended the Manta B series and kept it young. Well-known abbreviations and affixes including SR, Berlinetta, GT, GT/J and GT/E arrived. In 1979, newly developed overhead camshaft engines replaced some of the older ones with side camshafts. The top GT/E 2.0 litre engine developed 110bhp and was renamed GSi in 1984. The rarest and most powerful Manta B was the 400, presented at the Geneva Motor Show in 1981. The Manta 400 got its name from the 400 units needed for Group 4 motor sport homologation and it featured a 2.4-litre DOHC 4-cylinder double overhead camshafts engine, with four-valve technology and 144bhp. Guy Colsoul and Alain Lopes, in their Manta 400, won the 2-wheel drive class of the 1984 Paris-Dakar Rally, finishing fourth overall behind three 4WD vehicles.