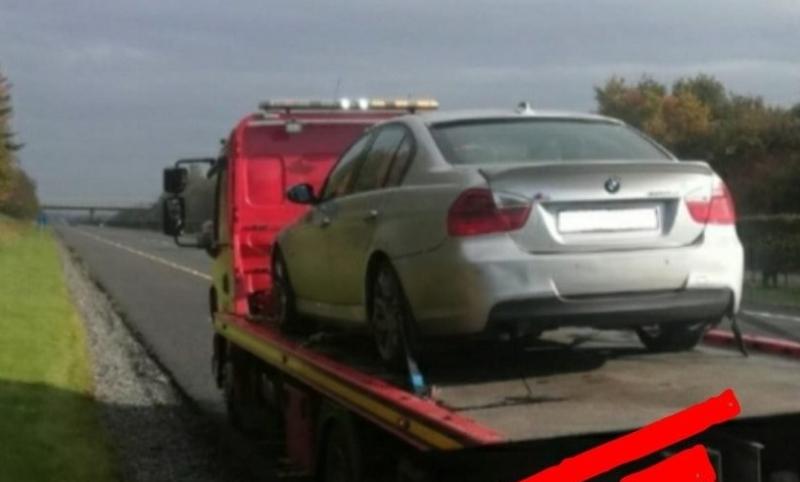 A driver was arrested in Laois last weekend after being stopped for speeding in a car that had failed a brakes test.

It was stopped by the Laois Roads Policing Unit, and then found to have failed its recent NCT due to "major faults" with the brakes. On top of that the car had no tax or insurance.

The driver is now facing court.

The Laois Offaly Garda District gave the following report on the incident on Sunday, October 18.

"Laois Roads Policing Unit earlier today stopped a vehicle which was speeding at 182kph on the M7. The vehicle was then discovered to have recently failed the NCT due to major faults with its braking system. It also had no tax or insurance in place. The vehicle has been seized for a PSV examination and the driver is heading to court" 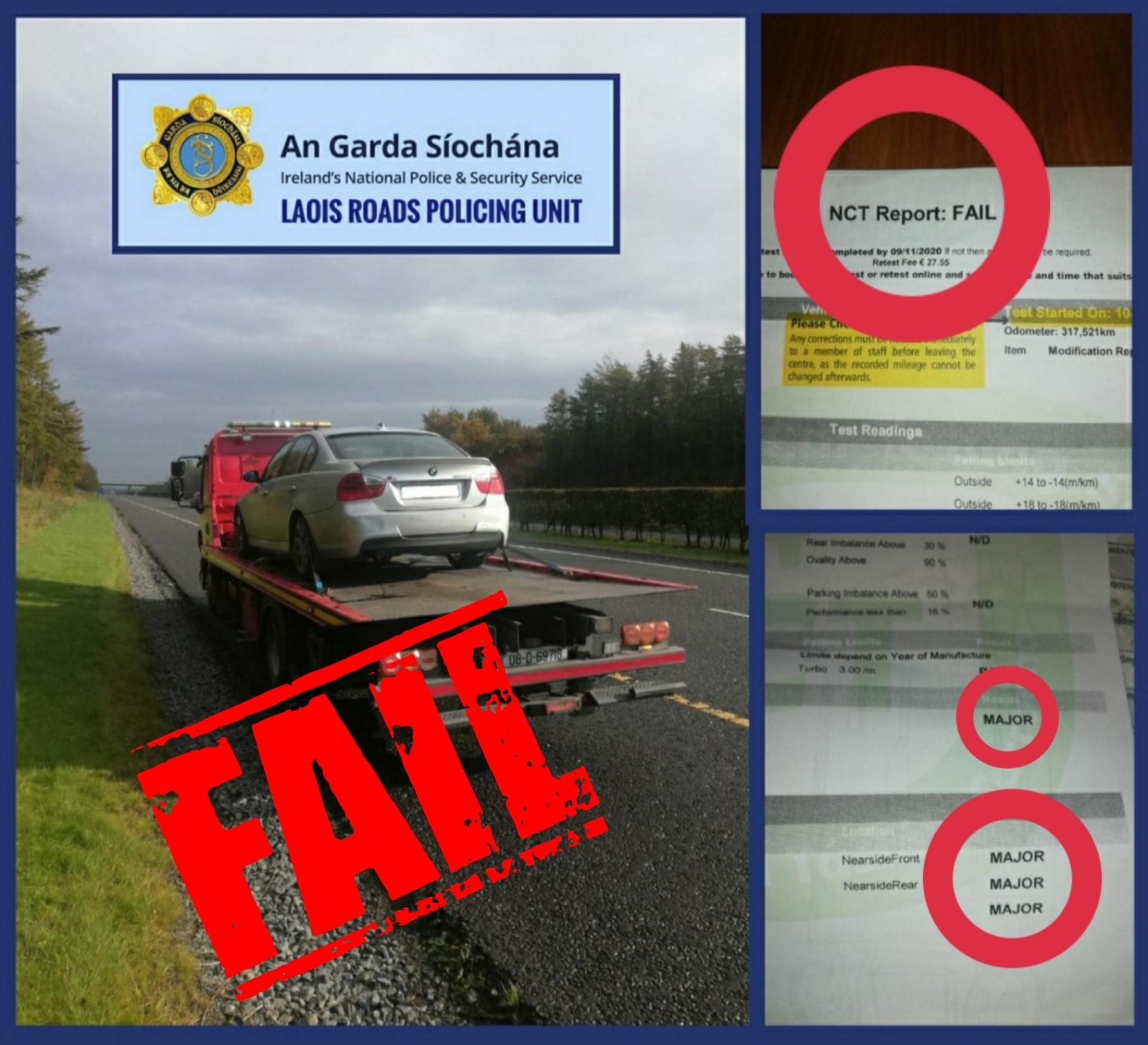