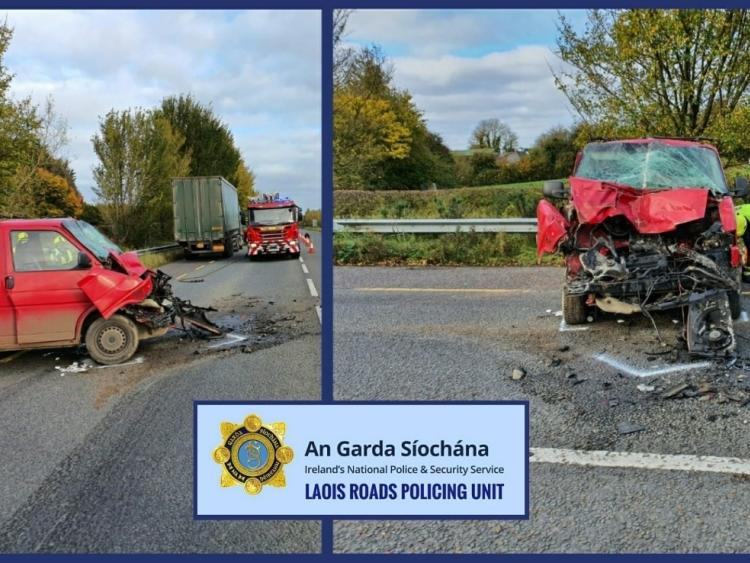 A lorry driver has been arrested following a serious collision near Abbeyleix this morning.

The incident involved a crash between a lorry and a van at around 10am, on the N77 road between Abbeyleix and Portlaoise.

Laois Roads Policing Unit said they were investigating the incident. The driver of a HGV has been charged to appear before Portlaoise District Court.

One person was airlifted to hospital following this incident and the road has now fully reopened.

If anyone witnessed this collision or has dashcam footage which may be of assistance they can contact Portlaoise Garda Station on 0578674100.