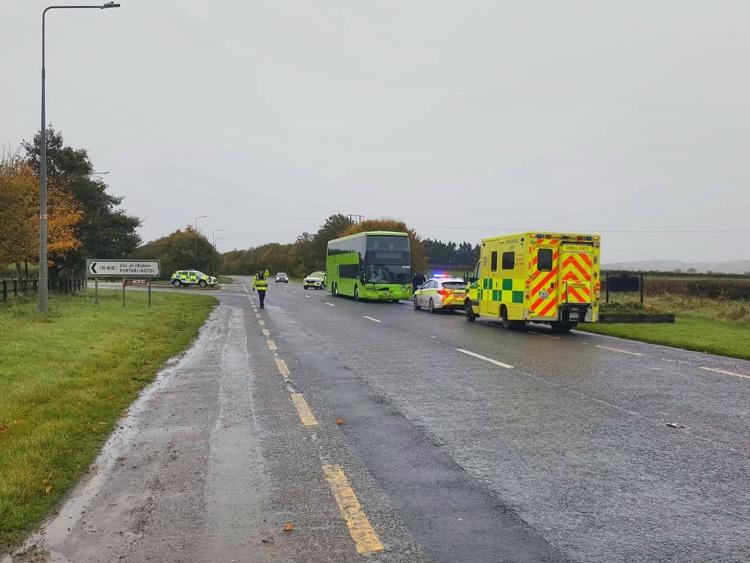 The scene at the Dublin road in Portlaoise on the morning of October 27 2020.

A double decker bus was involved in a collision with a car, on the Dublin road in Portlaoise on Tuesday morning, October 27.

There were "no serious injuries" from the crash, Laois Gardaí have confirmed. However they are asking the public if they witnessed the crash.

The road was partially closed after the crash which occurred between 8.30am and 8.40am.

Gardaí have asked any drivers with dash cam footage to get in contact with them.

"If you travelled along at Kilminchy. Dublin Road Portlaoise this morning between 830am to 840am and have dash cam footage or witnessed anything contact Portlaoise Garda Station on 0578674100," they requested. 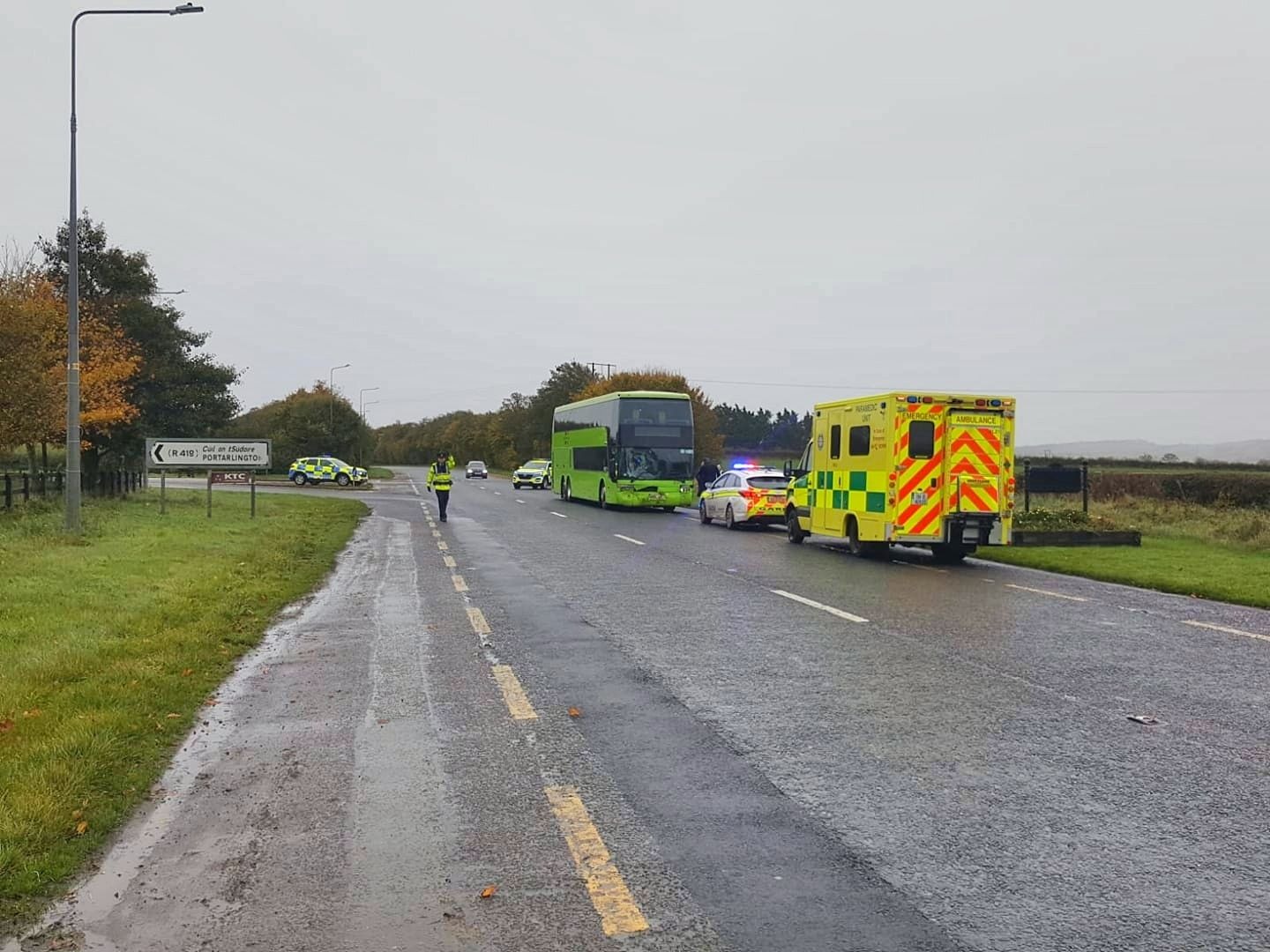