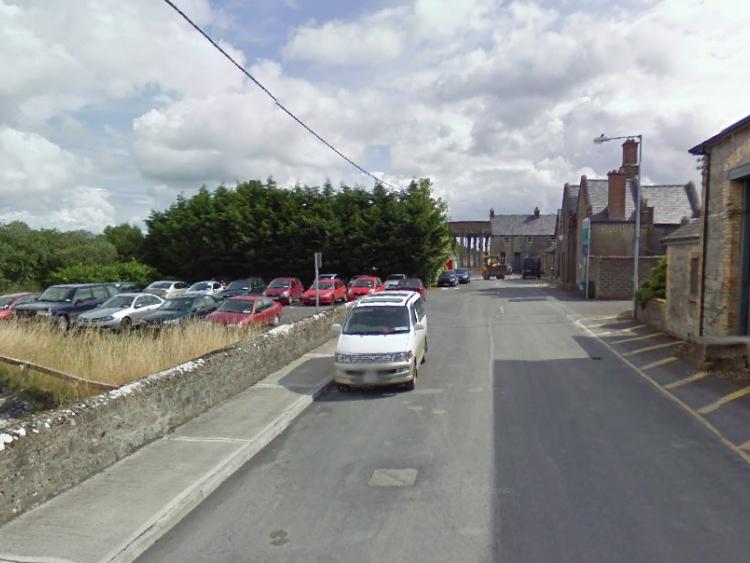 The existing carpark for 25 spaces at Ballybrophy Train Station in Laois.

Commuters have had to park in gardens near a Laois train station because Irish Rail does not have a car park where the can leave their vehicles.

The generous gesture by Laois residents who live beside Ballybroghy train station was publically acknowledged this week.

A local councillor has described the great support up to now that homeowners give to train users without a parking space. He made the comment as news of the long requested carpark expansion by Irish Rail announced that it intends to build a carpark in at the busy south Laois station. - read about that plan here -

Cllr John King from Rathdowney had requested extra parking for the station back in 2016.

"I welcome the new proposals, this train station serves the hinterland of Rathdowney, Borris-in-Ossory, Errill and Clough and as far as Galmoy.

He described the parking situation at present at the station on the Dublin to Limerick line.

"People were parking on both sides of the road and in private dwellings. Sal Cuddy gives her yard and her front to parkers, she would know a lot of the people. Sal and the other residents on the road have co-operated and I thank them for remaining calm," he said.

The residents had not charged either.

"It will be a change now for people as the new carpark will involve a charge," said Cllr John King.

He asked Iarnród Éireann to now return the goodwill shown by the residents and liaise with them on the new plan.

"There are just two things I would ask them to do. Please make the service drainage pipe larger to resolve drainage problems, and install traffic calming measures on the road," Cllr King said.

An application is to be lodged with Laois County Council to expand the capark from 25 to 99 spaces, with a e-car charging space, footpaths, lighting and bicycle parking.