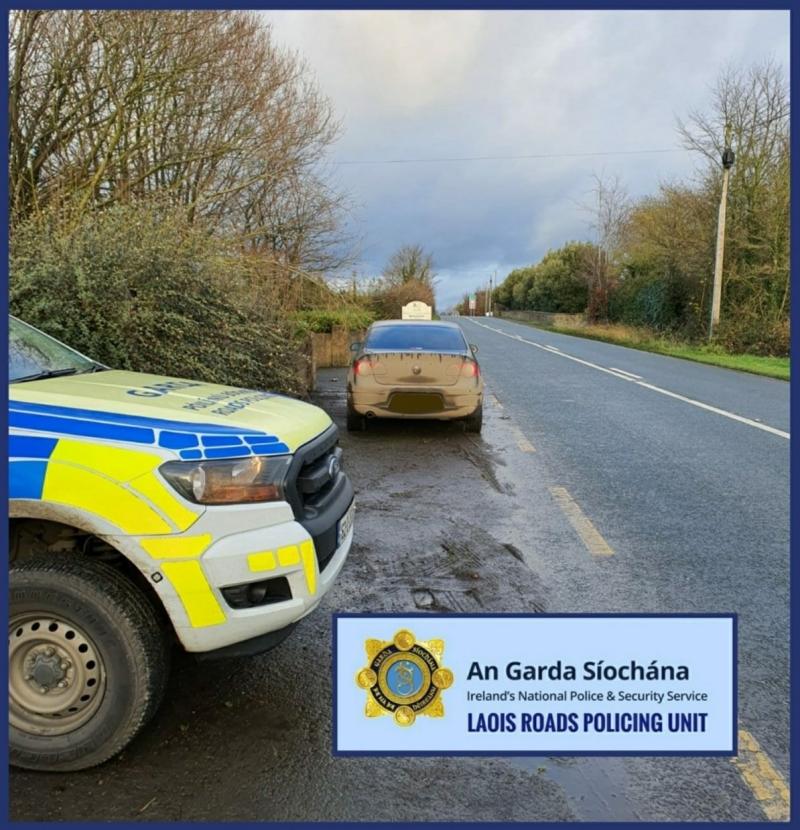 A learner driver in Laois who was breaking the law by driving unaccompanied, has had their car taken from them by Gardaí.

The car was seized in Ballylinan by the Laois Roads Policing Unit, on Thursday, December 3.

"Laois Roads Policing Unit on a COVID checkpoint in Ballylinan earlier today stopped a Learner Permit holder who was driving unaccompanied. Their vehicle was seized under the Clancy ammendment and a fixed charge notice was issued." the Laois Offaly Garda Division reported, supplying this photograph.

The Clancy Amendment was introduced following a campaign from Noel Clancy, whose wife and daughter were killed in a road accident. ... Noel Clancy's wife, Geraldine Clancy (58) and his daughter, Louise (22), and were tragically killed in an accident involving an unaccompanied learner driver in December 2015.

Now under the amended Road Traffic Amendment Act, which was passed in 2016, the owners of vehicles being driven by an unaccompanied learner driver will be fined, and the gardaí have the power to impound their cars