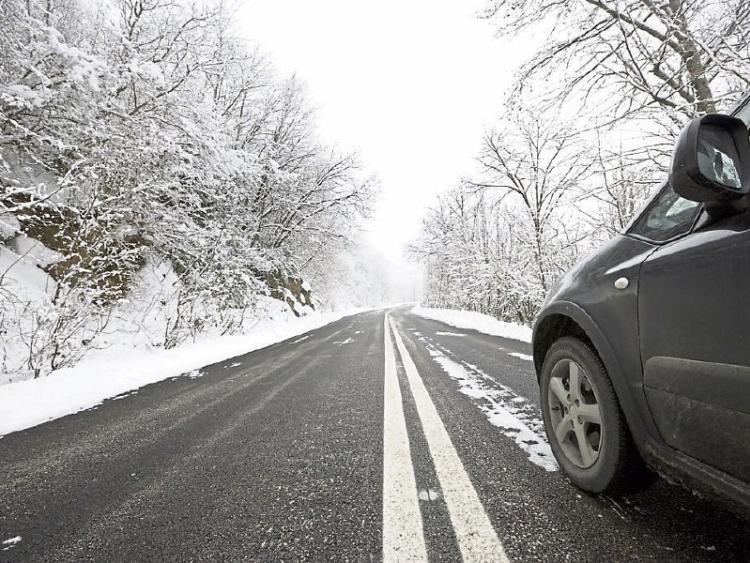 The lack of gritting on local Laois roads was highlighted at a council meeting this week, when the plight of a funeral was described.

A special delivery of road salt grit had to be requested recently by an undertaker so that a funeral could make it up an icy hill.

The undertaker had to contact a councillor two hours before the funeral to ask especially for the road to be gritted, for a funeral going to Raheen church.

Only a quarter of Laois roads are gritted, with the focus on main roads, due to lack of equipment and money.

Now Cllr John Joe Fennelly is asking the council to place free saltgrit stations in every town and village in the district which stretches from Portlaoise down to Abbeyleix to the Kilkenny border, so that the public can spread it themselves.

“I was contacted by an undertaker at 10am for a funeral at 12. He didn’t think he would get up a hill to go to Raheen church.

“I had several calls during the icy spell last week for people in Spink, Ballinakill and Raheen who couldn’t get up hills. Just have a designated area, that people can go and put it in a transport box or whatever. People will only use it if they need it. No-one will abuse the situation,” he said.

He tabled his motion to the January meeting of the Portlaoise Municipal District.

“During prolonged and severe weather events, the council may drop salt at designated locations so that members of the community may spread this locally. A pilot scheme consisting of 2 salt bins will be introduced in the Portlaoise MD to assess the benefits and functionality of same. The 2 locations will be agreed with the MD Engineer,” he said.

Director of Services Simon Walton confirmed that there are insurance ramifications to providing the grit.

"There are various insurance and health and safety issues. We would need to do it in a way that is legal and risks are managed and mitigated," he said. He requested that the Strategic Policy committee on Transportation and Energy "work out the logistics".