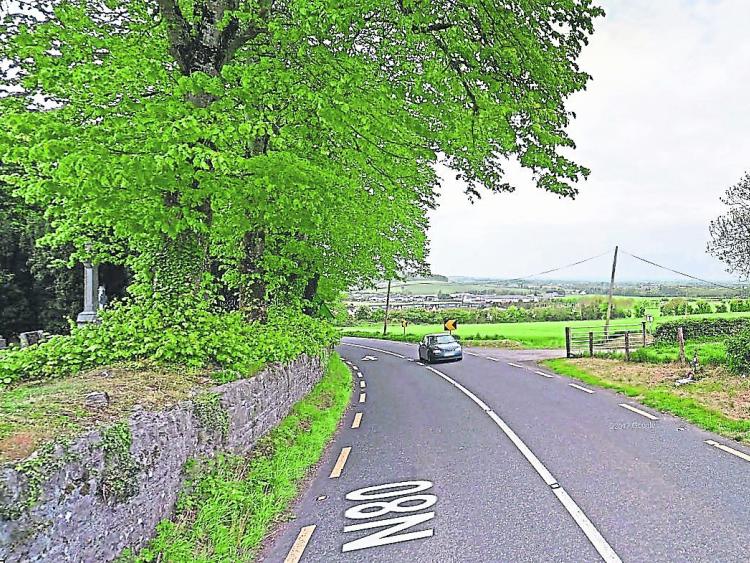 A Laois national road that has been the scene of multiple road deaths in recent years, is finally to get a footpath to a town graveyard.
The N80 road in Stradbally towards Carlow winds up past Oakvale graveyard but is “too dangerous to walk by foot” according to a local councillor.
It has been granted €300,000 as part of the €3.3million package of Active Travel grants for Laois by the National Transport Authority.
The path is to be installed by Laois County Council within a year.
Cllr Paschal McEvoy is from the town.
“I am absolutely delighted. It is so badly needed.
“It is probably one of the most important pieces of work to be done in Stradbally. It is the most sought after footpath in the county.
“In my lifetime there have been three or four fatalities on it.
“Since I started as a councillor in 2014 this has been an issue, and Cllr Tom Mulhall had raised it long before that.
“It would be a nice little walk from Stradbally but it is just too dangerous to go by foot, you have to drive there,” he said.
Designing a safe footpath will be tricky Cllr McEvoy said.
“There is a very sharp turn at the graveyard and you can't move a graveyard. The plan is not devised yet, it may include a pedestrian crossing.
“The cost of paths is serious but there is only about 200m of path needed between Kylebeg Manor and the cemetery and €300k is a lot of money,” he said.
He said that a footpath will also enable people to walk from Stradbally to the nearby Oakvale Woods more safely.
“Once you are past that bad part it will make it safer to walk up to the woods.
“They are a fabulous amenity to have so close to the town but you have to have a car to get there. Then that brings its own problems with cars blocking up the area and bringing danger at the exit to the woods,” he said.
In 2018 local residents had gathered at the road to call for safety measures on it, noting the multiple deaths in the past.
They said they would go so far as to block the road with tractors to get their point across.