PHOTOS: Car ploughs through wall of home and ends up in living room 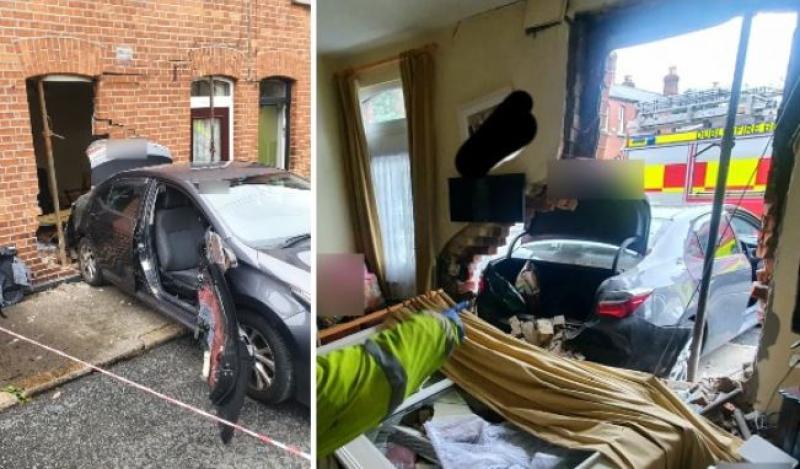 The scene of the bizarre collision / PHOTOS: DUBLIN FIRE BRIGADE

This was the scene this morning when a car smashed through the front window of a house.

The unusual incident happened near the Phibsborough area of north Dublin. 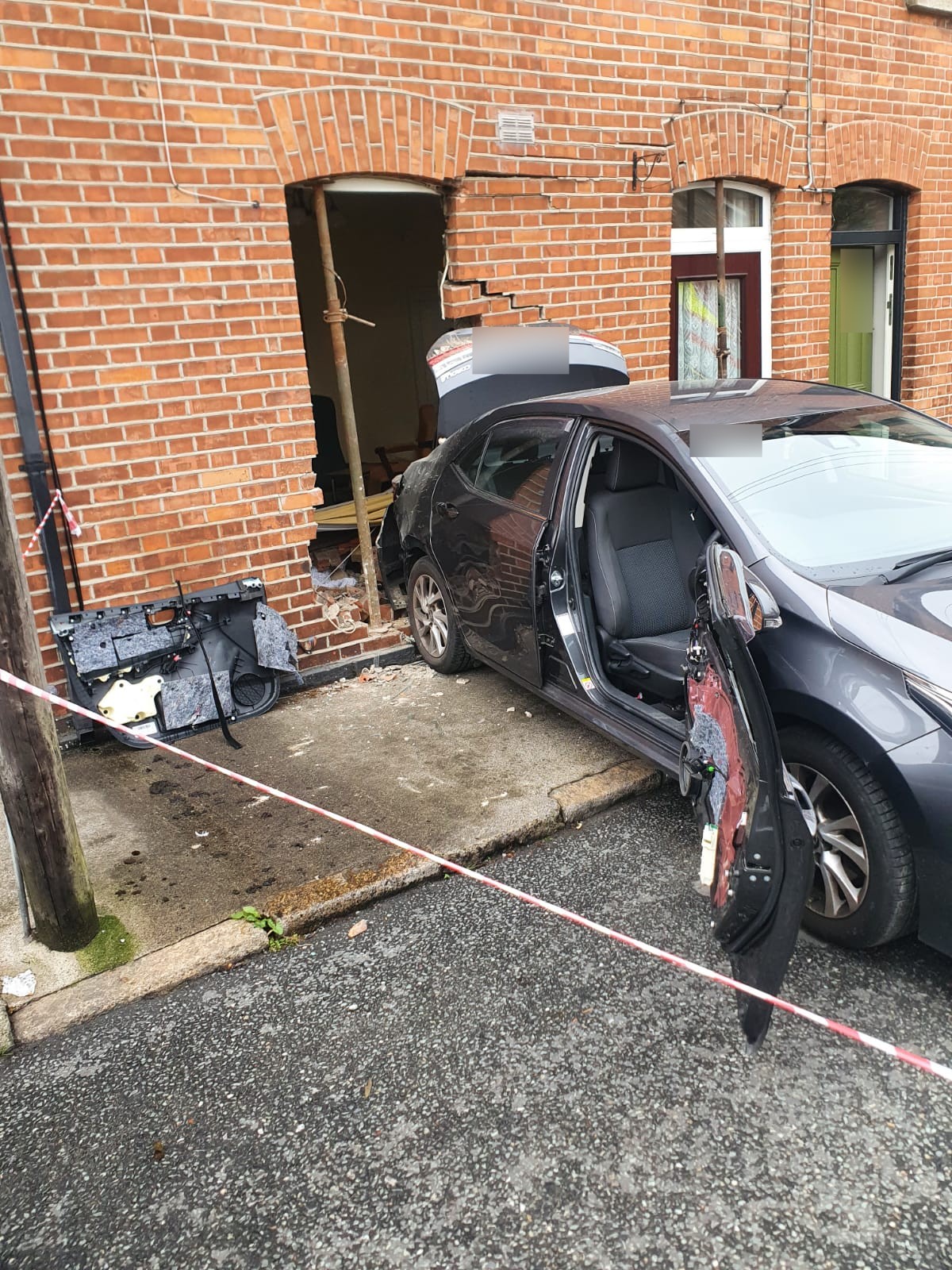 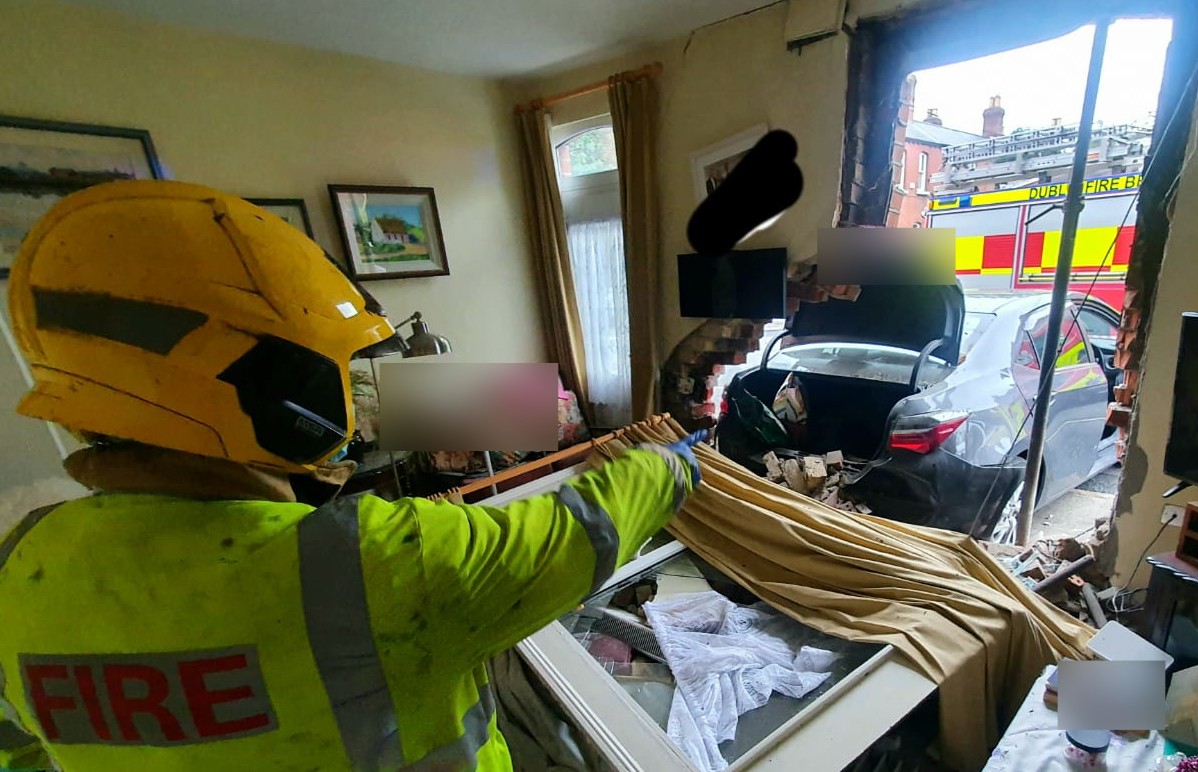 Two fire engines including an emergency tender and one ambulance attended the incident.

There was extensive damage caused to the wall of the terraced house as well as a neighbouring house.

Photos from Dublin Fire Brigade show the rear part of the car in the sitting room of the house.

A window is also thrown down on the floor of a sitting room.

It's clear the vehicle struck the wall in a high-speed impact but it's not known how the car managed to get into that position. 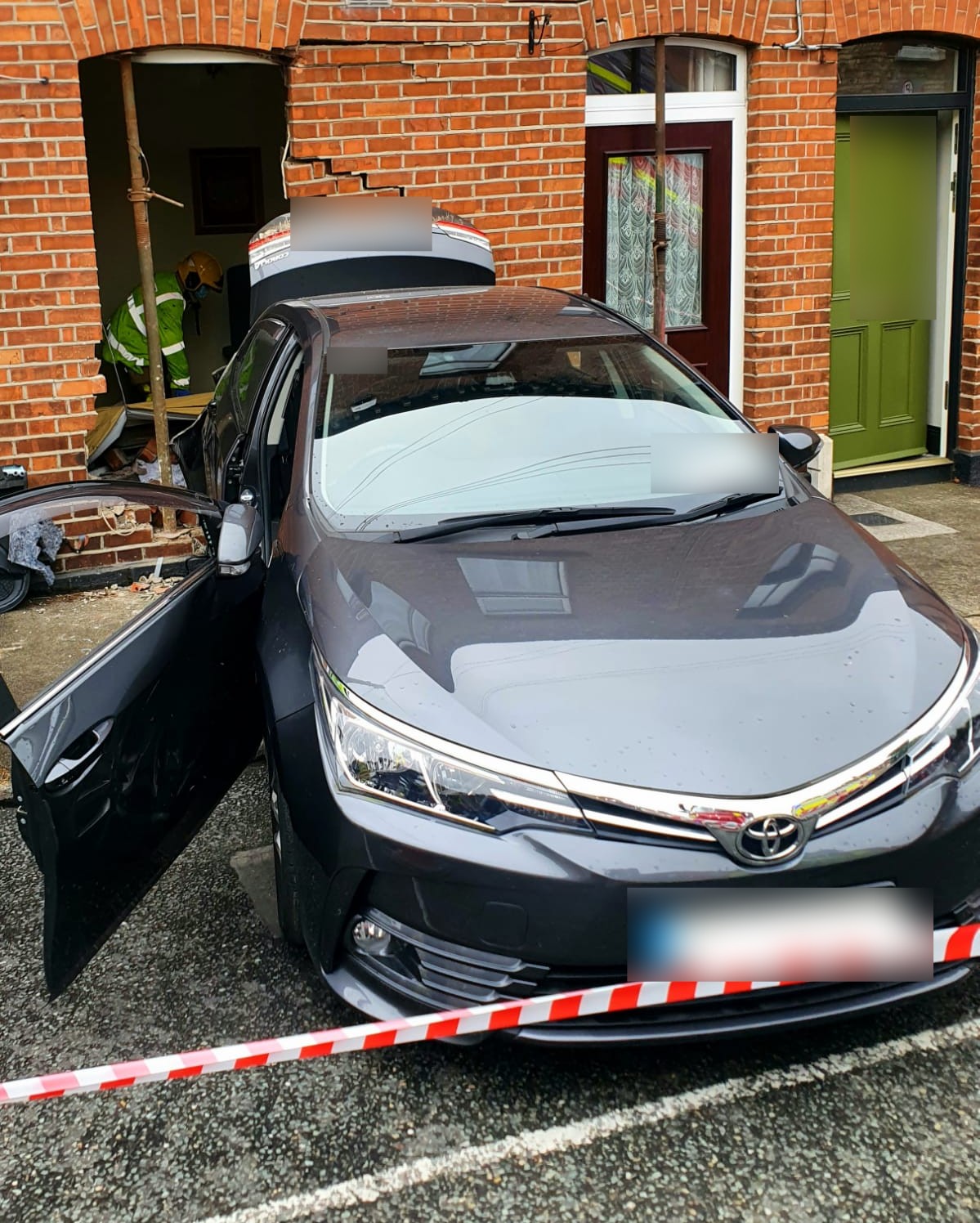 DFB said the property was stabilised with steel poles and the scene made safe. 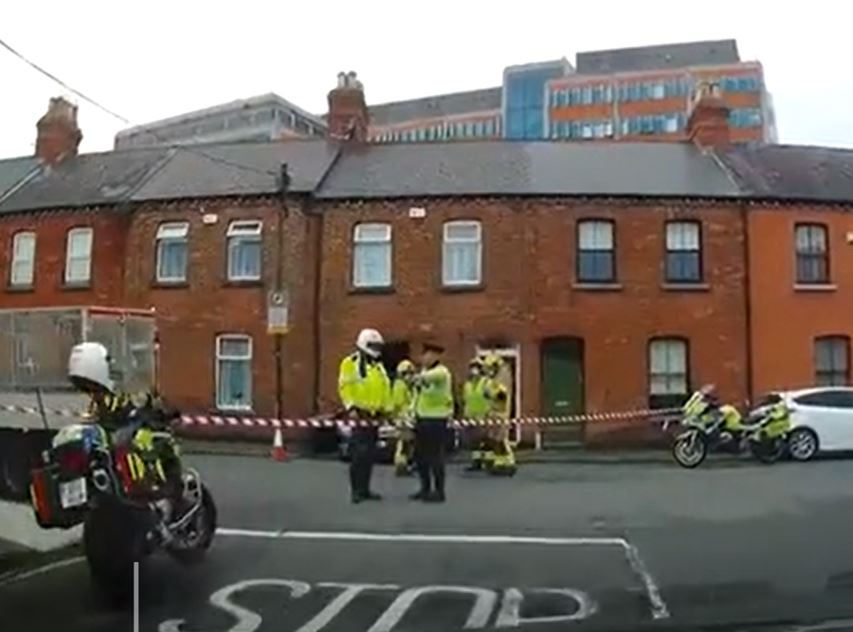 The area was sealed off while gardaí and emergency services attended the incident.