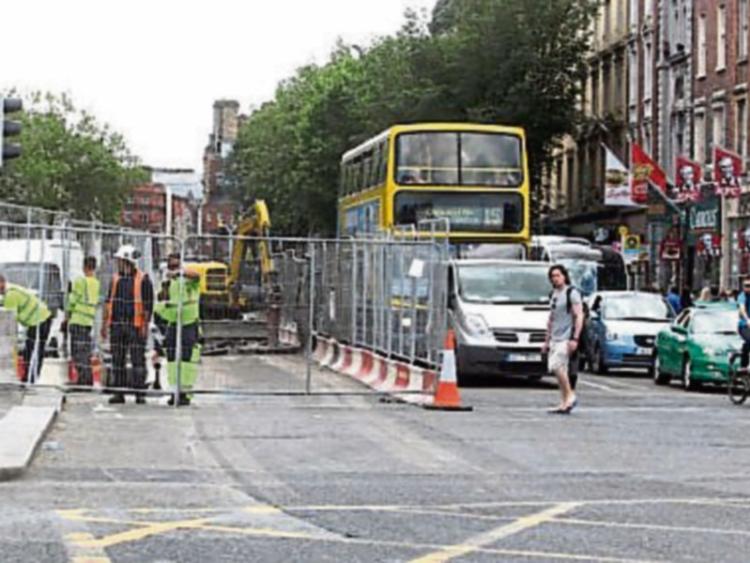 Drivers in our capital are the worst in the country, according to the experiences of motorists surveyed by AA Ireland.

As part of an AA Motor Insurance survey of over 7,000 motorists, drivers were asked which county had the worst behaved drivers based on their own past experiences. Almost half of those surveyed (46.77%) stated that they believed driver behaviour was at its worst in our capital, with drivers in Donegal (19.25%) and Cork (5.34%) being ranked as the second and third worst behaved respectively.

“While this was perhaps a less serious question than others we regularly ask motorists, it is an opportunity to highlight the increasingly common issue on Irish roads of rudeness and poor driver behaviour.” Conor Faughnan, AA Director of Consumer Affairs stated. “Every day we come across cases of dangerous overtaking, drivers failing to acknowledge the right of way and motorists ignoring many rules of the road.”

“Because we do it so often we tend to underappreciate how dangerous driving truly is and these kinds of behaviour not only put the offending motorist at greater risk of being involved in an incident, but can also increase the risk to other drivers and vulnerable road users such as cyclists and pedestrians.”

The survey also identified a shift in commuter behaviour, with over 20% of those surveyed describing themselves as at the very least occasional cyclists.

14.44% of survey respondents stated that they were occasional cyclists, with an additional 6.11% and 2.22% describing themselves as ‘regular’ and ‘daily’ cyclists.

“Cycling is becoming increasingly popular in Ireland and particularly in our city centres and with this uptake it’s important for drivers to be on the lookout for vulnerable road users and follow the rules of the road at all times.” Faughnan added.

“While it would be wrong to say that rudeness or failure to yield right of way is solely a behaviour found in motorists, in the event of accident a car is going to cause the most damage.

“We all have a responsibility to share the road safely and a key part of this is obeying the rules of the road.”

Of those who described themselves as at least occasional cyclists, the survey also found that 22.09% had been involved in a collision or fall as a result of a motorist’s actions.